MetOp-C: getting ready to fuel

With the launch of MetOp-C set for 7 November, specialists from ESA, Eumetsat, CNES and NASA have re-grouped at Europe’s Spaceport in Kourou, French Guiana, to prepare this latest weather satellite for its big day. 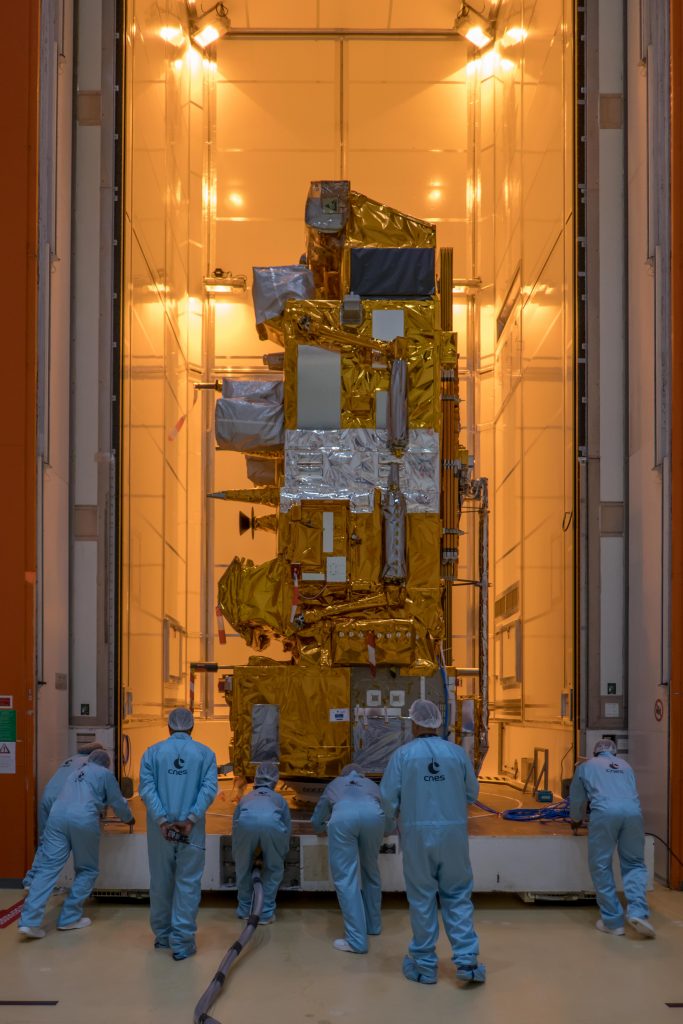 Liftoff was originally planned for 20 September, but this had to be pushed to November because of seasonal winds.

MetOp-C is the third polar-orbiting satellite in the Meteorological Operational satellite programme.

The satellites carry a host of sensitive instruments to measure a wide range of variables such as temperature and humidity, wind speed and direction over oceans, ozone and other atmospheric gases. The first two satellites, MetOp-A and MetOp-B were launched in 2006 and 2012, respectively.

As the building name suggests, the task of fuelling a satellite is hazardous and therefore carried out by fuelling experts.

Once fuelled, the satellite will be handed over to Arianespace for the ‘combined operations’ phase. This includes joining the satellite to the launch adapter and to the Soyuz rocket’s fourth stage, encapsulation in the rocket fairing and transfer to the launch pad.