Following the arrival of the MetOp-C at Europe’s spaceport in Kourou, French Guiana, at the end of June, the team has been busy testing and preparing the satellite for launch.

While activities are currently running on schedule, they will put on hold in mid-August and resume in mid-September because the launch date has been moved from 20 September to 7 November.

Nevertheless, almost a month into the campaign to launch MetOp-C, much has already been achieved.

Since the satellite was shipped in three parts (the ‘service module’, the ‘payload module’ and the solar array), the two main bodies of the satellite have been reunited and tested. 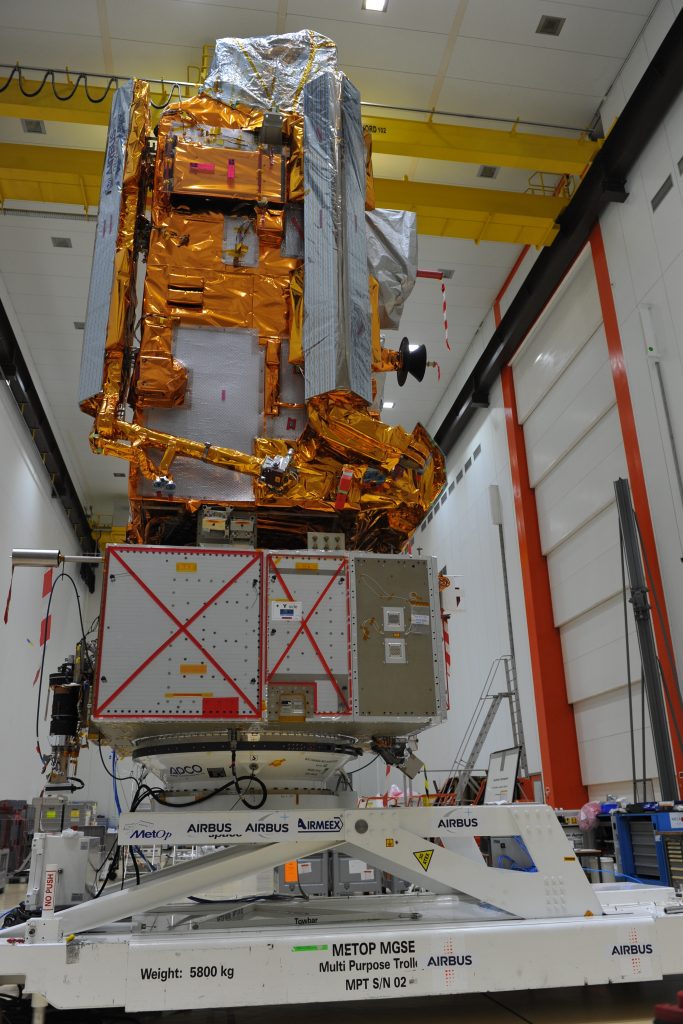 Coupling the MetOp-C service module and the payload module. (EUMETSAT)

Over the last week or so, the team has been concentrating on adding the large solar array to the satellite structure.

This is no mean feat as everything has to be aligned perfectly and then the tension has to be correct before being attached properly. The 40 m2 array, which weighs in at over 250 kg, will be gently deployed when MetOp-C is in orbit. This procedure takes around 15 minutes and happens in two stages: the solar array arm first rotates and then the large eight-section panel opens out to face the Sun. 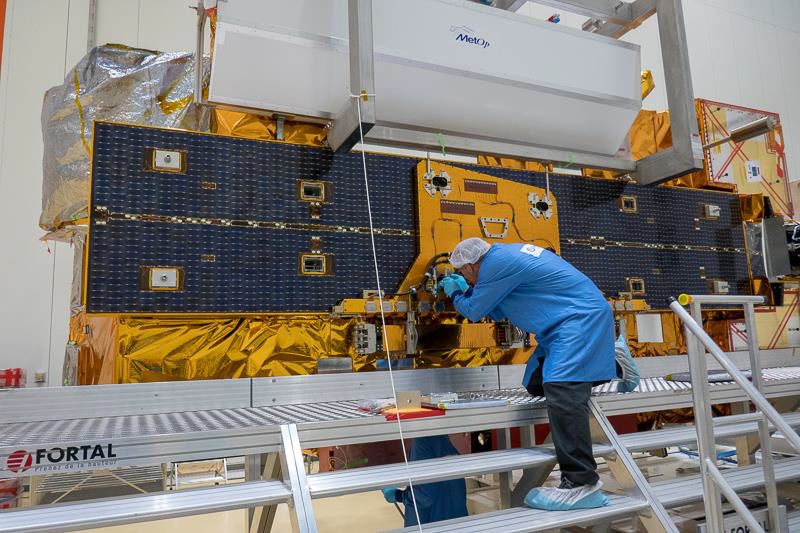 Working on the solar array. (Airbus)

The MetOp satellites are big, in fact, after Envisat, they are the largest Earth-observation satellites built in Europe.

With the alignment done and array attached, the MetOp-C is complete and the team is focusing on checking all the electrical connections. With the campaign soon breaking off for a month, the team will also be preparing the satellite for this dormant period. 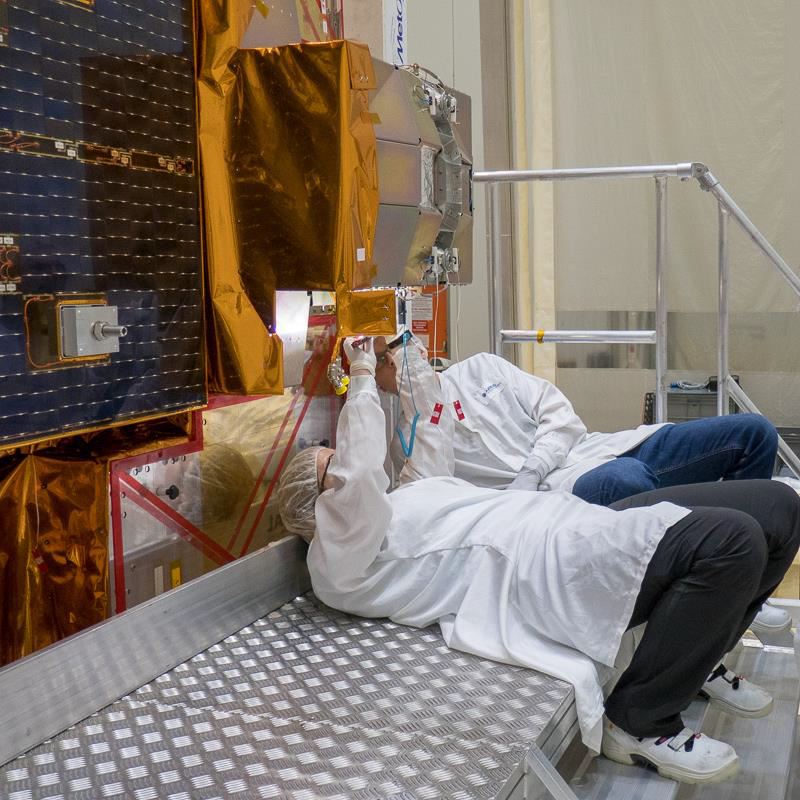 MetOp-C is the third polar-orbiting satellite in the Meteorological Operational satellite programme. This programme was jointly procured by ESA and Eumetsat, the European Organisation for the Exploitation of Meteorological Satellites.

The series of MetOp satellites carry a host of sensitive instruments to measure a wide range of variables such as temperature and humidity, wind speed and direction over oceans, ozone and other atmospheric gases. The first two satellites were launched in 2006 and 2012.

The launch of MetOp-C in November will continue the success story of the most important set of sensors for weather prediction in space today.