With the campaign to launch ESA’s Aeolus wind satellite on 21 August well underway, the satellite’s telescope has been opened and expected to make sure it is perfectly clean and shiny.

While Aeolus’ novel laser technology is arguably the sexy part of the instrument, its telescope, which measures around 1.5 m across, it pretty dominant and equally important. It is used to collect backscattered light from the atmosphere and direct it to the receiver. 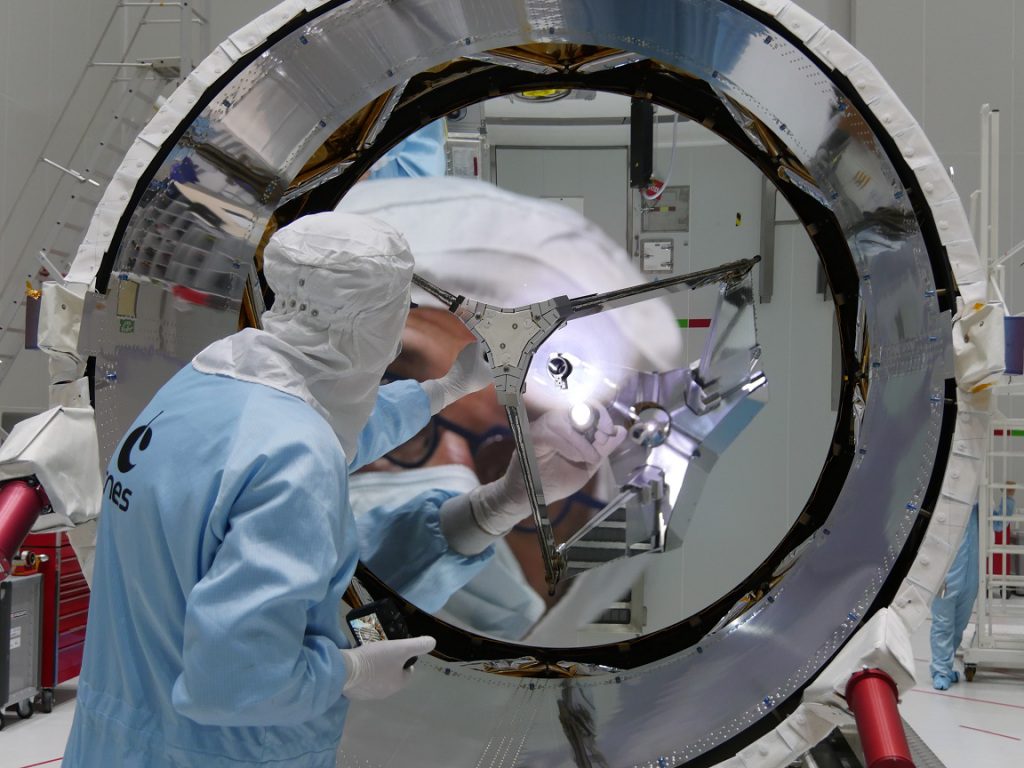 In short, the laser system generates a series of short pulses of ultraviolet light which are beamed down into the atmosphere. The telescope collects the light backscattered from particles of gas and dust in the atmosphere. The time between sending the light pulse and receiving the signal back determines the distance to the ‘scatterers’ and therefore the altitude above Earth. As the scattering particles are moving in the wind, the wavelength of the scattered light is shifted by a small amount as a function of speed. The Doppler wind lidar measures this change so that the velocity of the wind can be determined.

Reflection of hands in telescope. (ESA)

It is clearly important to make sure that the instrument is absolutely spotless, so engineers at the launch site in Kourou have first turned to the telescope before its cover is replaced.

ESA’s Gilles Labruyere said, “It’s always is an optical puzzle to look into the telescope and try to identify what one sees and in what direction! The surfaces of the two mirrors are almost perfectly reflective. The engineers who do this certainly have to adjust their eyes afterwards.”

Following the inspection they concluded that the telescope is ‘very clean and can fly as is’.

While the telescope is clean and shiny, some of the wildlife that the team has encountered outside the cleanroom seems to be quite the opposite. 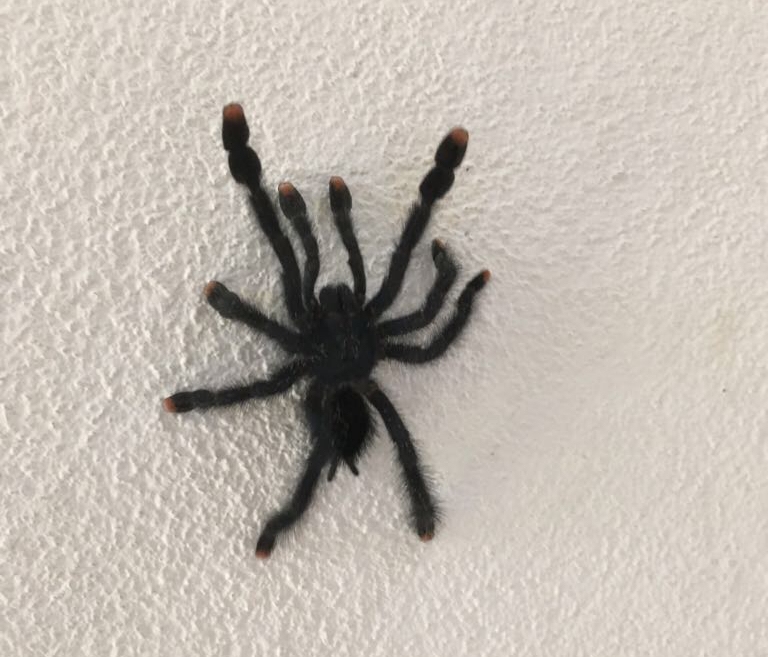 A lovely black hairy spider for instance …. about 8 cm across …. eeeek!

Kourou is, of course, very close to the equator with tropical jungle on the door step, so the local wildlife is certainly…… well let’s say ‘interesting’. 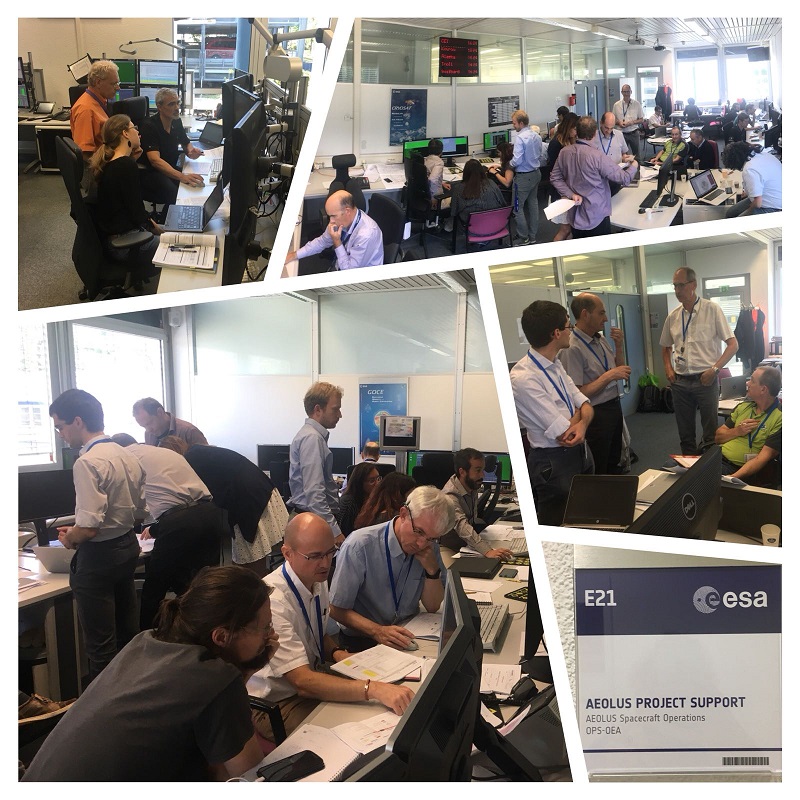 And …. although getting a satellite ready for liftoff and its life in orbit is an extremely high-tech and skilled job, our engineers sometimes have to turn their hand to something a little more mundane like fixing a chair … all part of a day’s work!

Read more about the Aeolus mission.