Sentinel-3B’s rocket fairing has now been adorned with the mission sticker and everyone has written good luck messages from themselves and on behalf of colleagues that are not in Plesetsk.

ESA’s Patricia Lopez said. “It was nice to feel the emotion around this ceremony, and to see the colourful resulting patchwork. For sure, more than an exceptional satellite will be carried into space.” 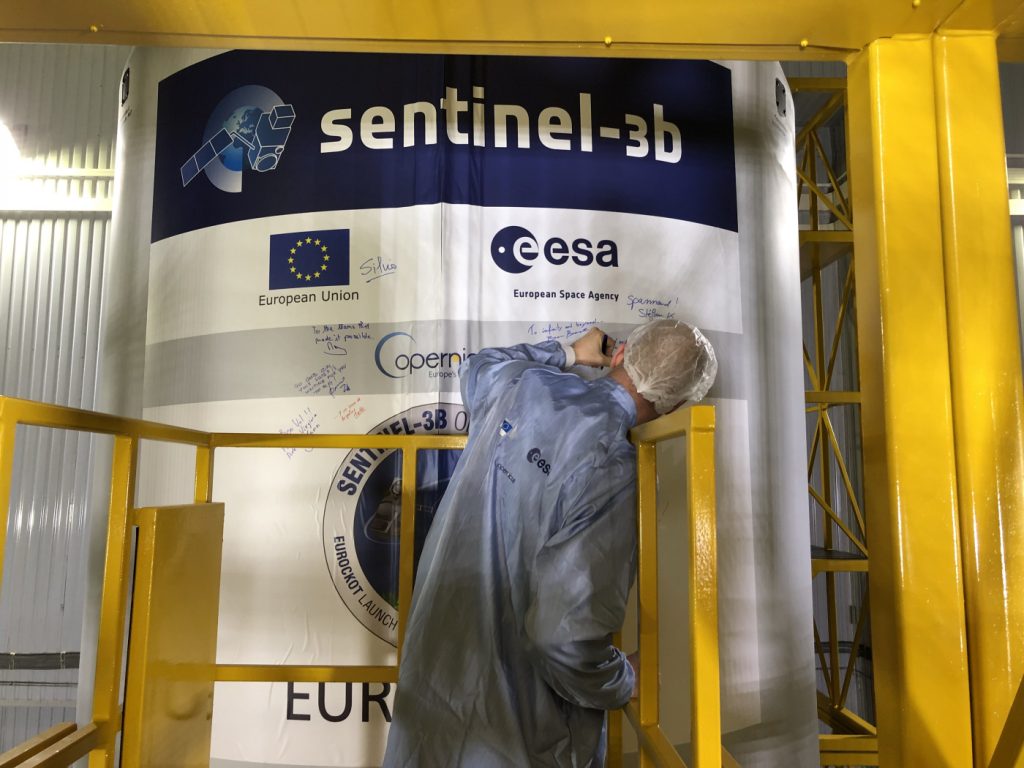 The Breeze upper composite has also been decorated with a very stylish painting of the Taurus constellation.  In Plesetsk, it’s traditional to name each rocket after a constellation that has the same number of stars as the launch number.  Sentinel-3B will be the 28th Rockot launch and Taurus has 28 stars, hence this particular painting. 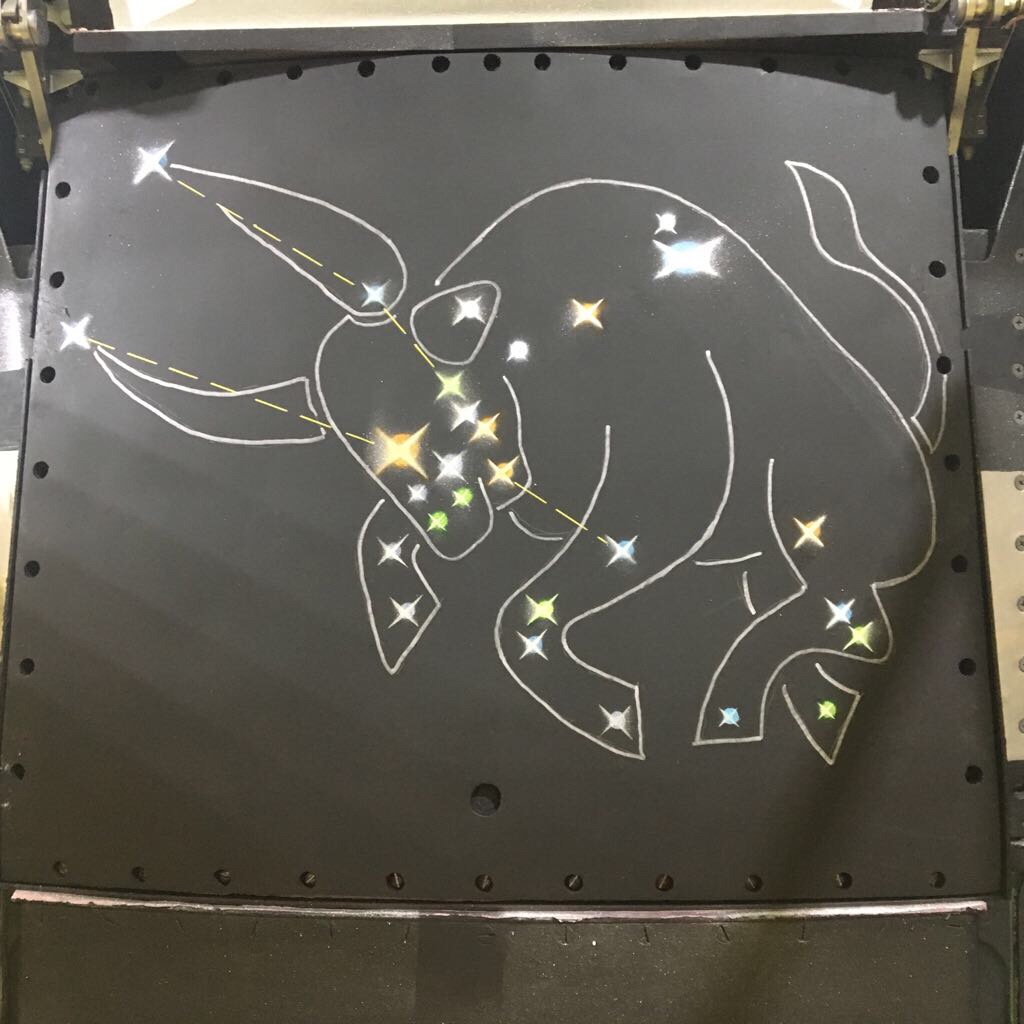 In parallel, the last launch and early orbit phase simulation to place at ESA’s European Operation Centre in Germany. The team in Plesetsk took advantage and said hello on the voice loop from the MIK and from the MCC, both tests were fine.

In the evening the teams gathered to celebrate a job well done, Sentinel-3B is well and truly signed and sealed … just the delivery into orbit part to go!

The weather in Plesetsk is cloudy, -4 /+2 degrees