On Monday, the team had a busy day moving Sentinel-3B to a different cleanroom and mating it with the rocket’s upper stage.

To do this, the satellite was hoisted into the air and then lowered onto the upper stage. Once it was assembled and secured on top of the Breeze, the handling device could be removed.

Hoisted into the air (Credits: ESA)

At the end of the day, Sentinel-3B was ready to meet the fairing the next day. Yesterday, most of the day was then dedicated to the finalization of the satellite flight configuration.

This means removing ‘non-flight protections’, i.e. items that do not go into space and have to be removed from the satellite. So this involved, for example, removing all remaining red-tagged items and the protective covers from the instruments and antennas.

At the end of these activities, Sentinel-3B was finally ready to be sealed from view inside the Rockot fairing.

Anyway, on placing the fairing around the satellite we found, with some relief, all the clearance was ok and, in fact, it fits perfectly! 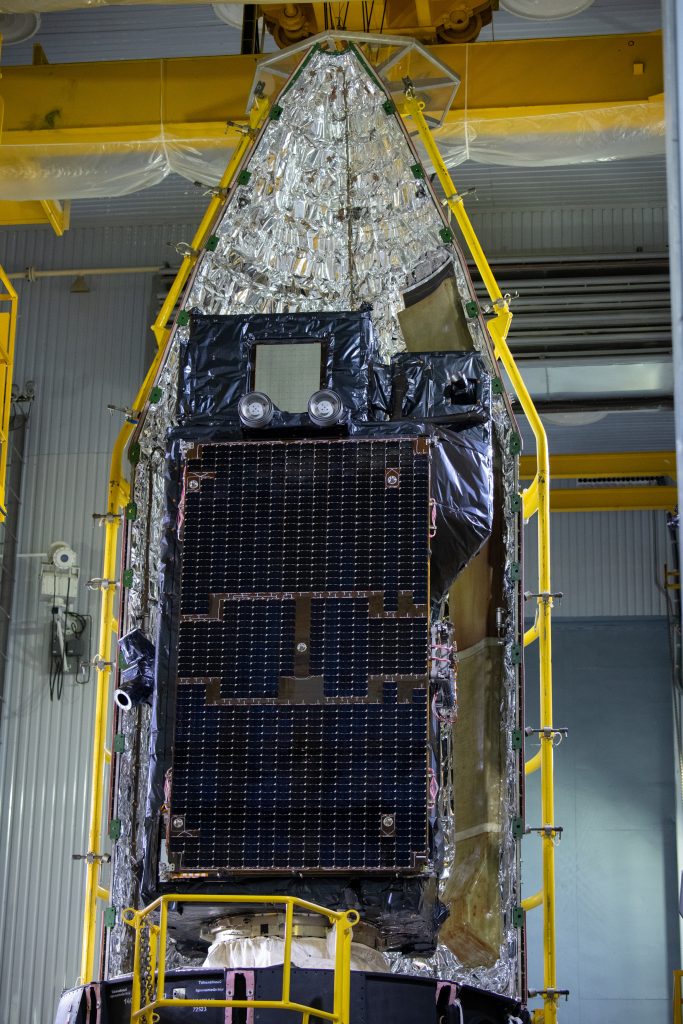 Sentinel-3B a tight fit in the fairing half shell (Credits: ESA-S. Corvaja)

At the end of the day, after a few more checks, the two halves of the fairing were finally closed and Sentinel-3B disappeared from sight, marking the moment we have to say good-bye to our satellite, well ‘visually’ anyway.

It was a very emotional moment after so many years of hard work.

In conclusion, all remains GREEN for the launch!

The weather in Plesetsk sunny -2 / +7 degrees