Yesterday, we opened Sentinel-5P’s transport contain to reveal our baby after its journey to Plesetsk. 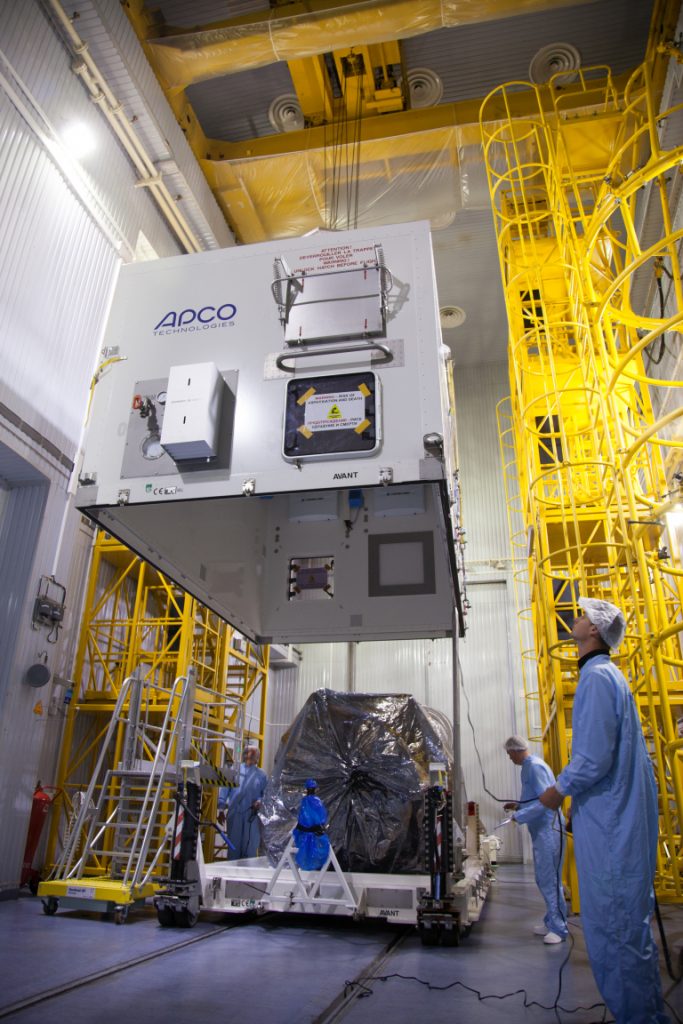 Once the satellite had been carefully lifted out of the container it was turned to stand vertically and then moved from cleanroom 101B to cleanroom 101A where it will remain until it is ready to join the upper stage of the Rockot launcher. 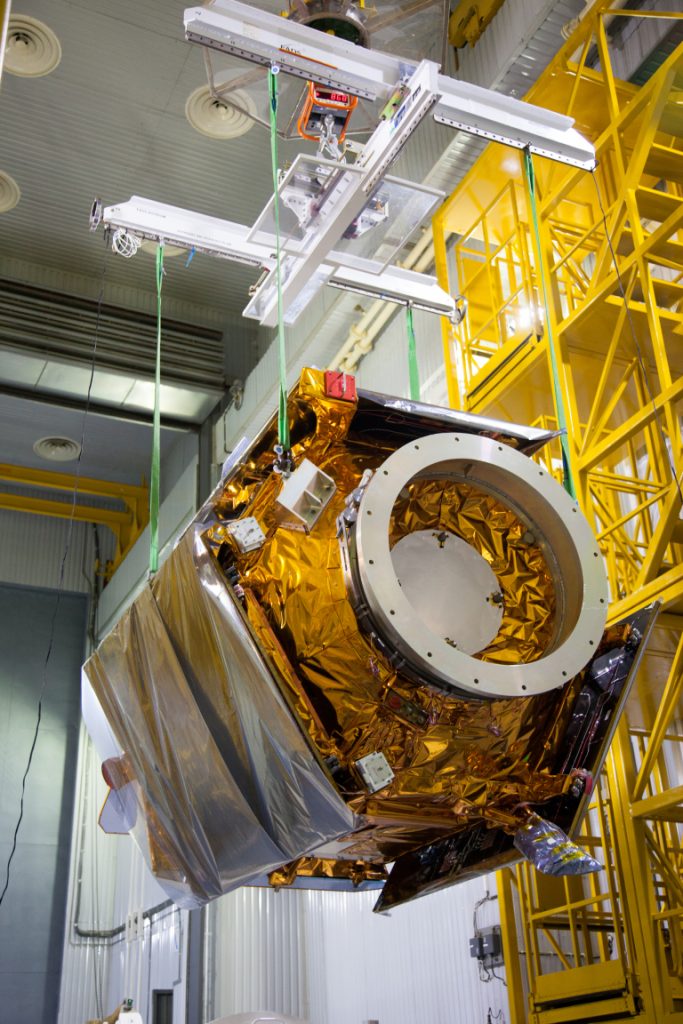 Lifting our baby out of its container. (ESA)

The spacecraft container was then pushed out to the general hall where it will stay until the end of the launch campaign.

Pushing the satellite container out of the way. (ESA)

Meanwhile, the engineering team were enjoying the weather in Moscow before boarding the overnight train to join us.

And, at ESA’s European Space Operations centre in Darmstadt, Germany, the team are running simulation campaigns in preparation for taking over after liftoff on 13 October.

Preparing to take over after liftoff. (ESA)

From the ESA Sentinel-5P launch campaign team in Plesetsk