It has been four difficult days due to three launch aborts: two delays due to bad weather conditions and one because of an anomaly on the Soyuz rocket.  Finally Sentinel-1B has been placed into orbit.

After months of preparation the Sentinel-1B teams have rehearsed the launch preparation and flight procedures to perfection, baring remarkable similarities to a musical ensemble preparing for their final piece.  The preparation activities compounded with the additional launch delays have exhausted the teams to their limits but the effort has been worth it:  Sentinel-1B is finally flying. 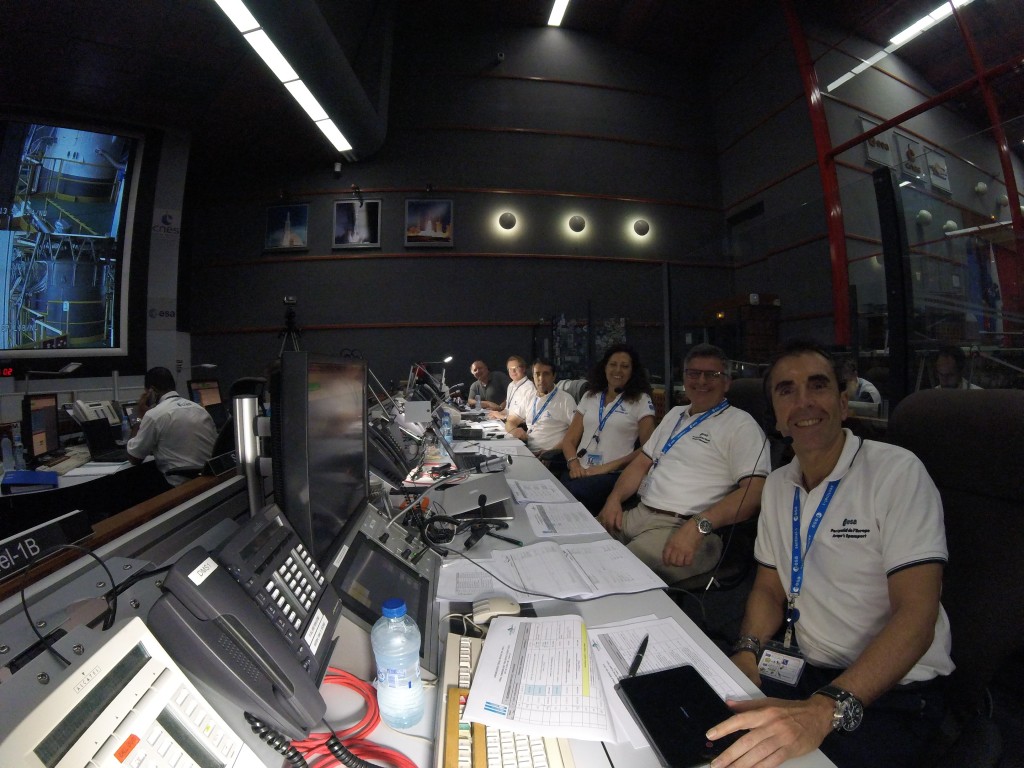 Despite the delays, Sentinel-1B remained resolute during each of the aborted countdowns with the closely monitored telemetry readings almost identical to her twin sister, Sentinel-1A.

Sentinel-1B is now orbiting the Earth in the dark silence of space. But not alone!  She is now flying in formation with Sentinel-1A.  The two satellites will eventually fly in the same orbit, 180 degrees apart.  Sentinel-1B  will soon join her sibling, Sentinel-1A, to extend the essential services to the users and make Sentinel-1 the first complete mission for Copernicus.

There is a big difference between the idea of wanting something, the desire to obtain it and the intent to get it.

The launch activities are not yet over, the three Fly-your-Satellite Cube-Sats and the Microscope spacecraft will separate in the next hours. I now sit powerless in the Jupiter Control Room, in Kourou, sharing the hopes of Microscope and the tiny Cube-Sats bidding my farewell to a good child that has got to leave home.