This picture was acquired by one of its onboard cameras. Viewed looking down one of the deployed solar wings with the radar open below – with Earth as the backdrop.  An amazing ‘selfie’ from space! 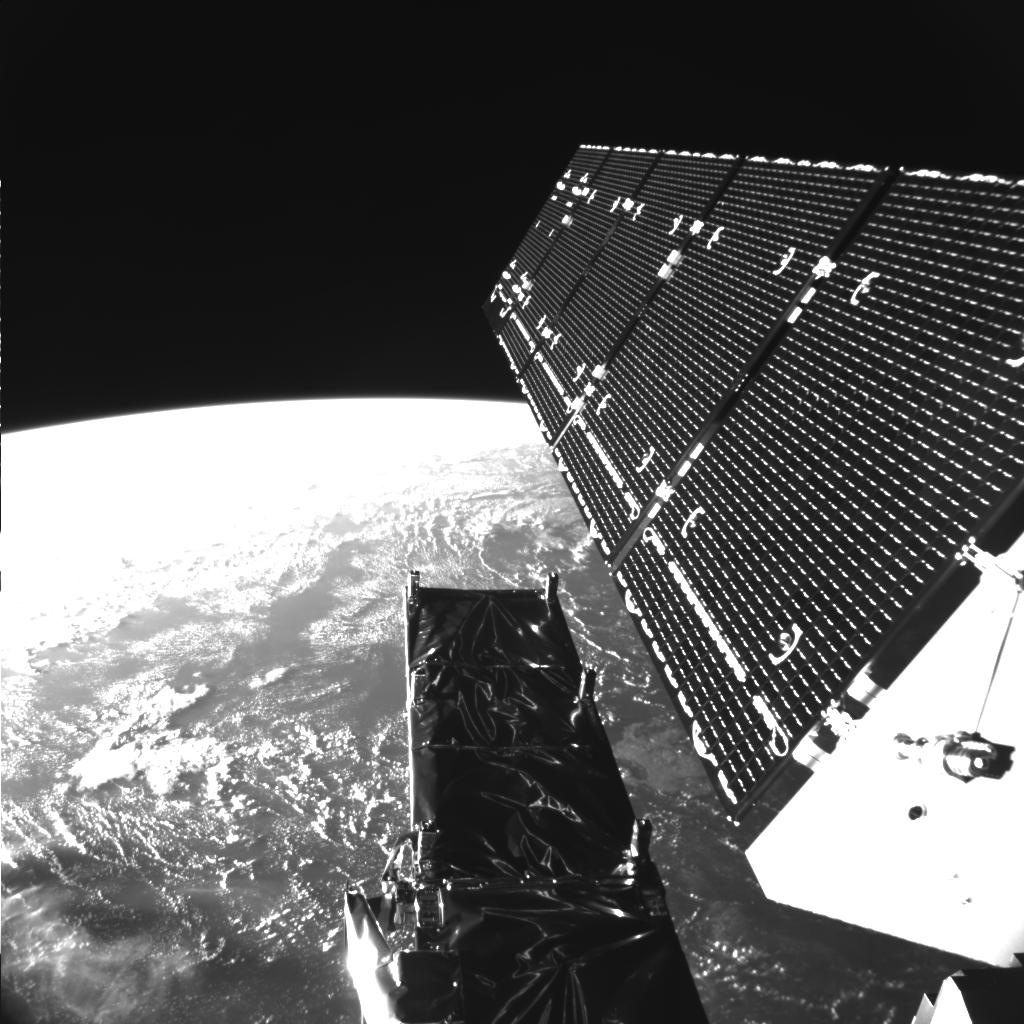 During the launch, the 12 m-long radar and two 10 m-long solar wings were folded up to fit into the protective Soyuz rocket fairing.

After being lofted to 693 km above Earth and released into orbit. A spectaular video showing Sentinel-1’s release into orbit was captured by cameras on the Soyuz Fregat upper stage (click here).

The satellite gently ‘tumbled’ to stabilise before embarking on its elaborate dance routine.

The solar wings and radar opened together in a specific sequence that took around 10 hours to complete. As one of most critical stages in the life of the mission, it was choreographed to ensure that both deploy in the safest possible way.

The sequence also allowed power from the wings to be available as soon as possible so that the satellite was independent.