Following Friday’s successful launch, the next critical milestone has been reached – the launch and early orbit phase, LEOP, is complete and the mission is now being commissioned. 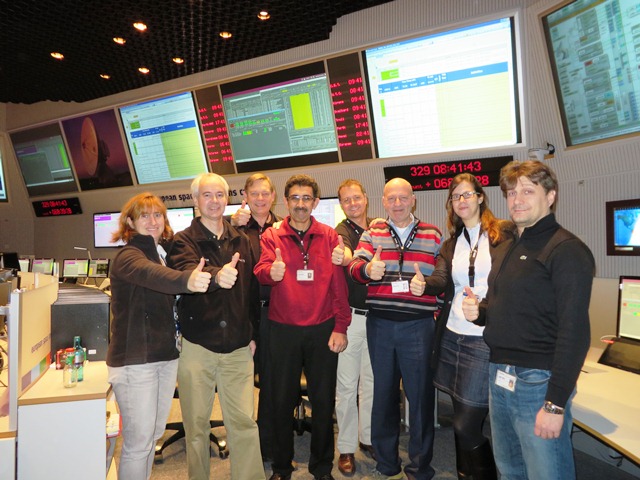 Immediately following separation, the three satellites started transmitting their first signals to Earth. As expected, signals from the first two Swarm satellites came 91 minutes after launch, followed by the third at the 95-minute mark. This signified the start of the critical launch and early orbit phase (LEOP).

Over the weekend, ground controllers at ESA’s Space Operations Centre in Germany, shepherded the three satellites through multiple technical checks, ensuring that all systems were functioning as expected.

This activity culminated with the deployment of the boom, setting the three satellites in fine pointing mode and synchronising the on-board time with UTC time. 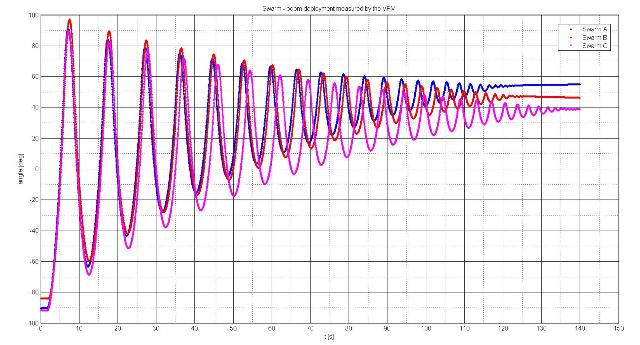 Oscillation of each boom settling in relative time. (DTU)

Random errors – or ‘noise level’ – were much lower than expected.

The deployment of the satellites’ 4-m long booms came around midnight on Friday. The booms had been folded into the rocket fairing during launch. They carry instruments essential to the mission’s scientific success. 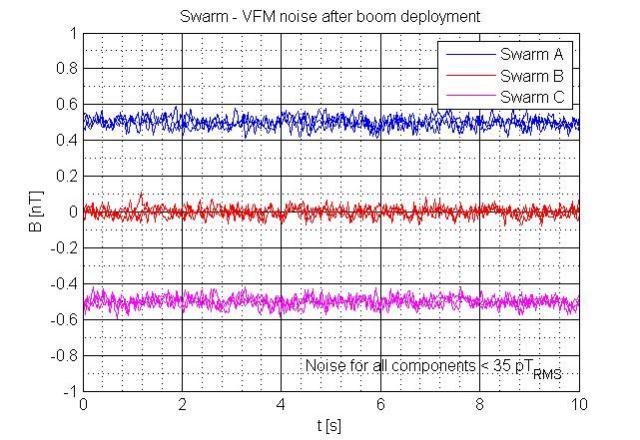 The ‘noise level’ for the vector field magnetometers is very small, less than 35pT rms. (DTU)

The first science data collected by the vector field magnetometer during boom deployment indicates the instrument’s signal-to-noise ratio is better than expected.

LEOP was formally declared complete on Sunday evening at 19:30 UT (20:30 CET), and the mission has now entered the commissioning phase, which will last around three months.