Fuelling, testing and moving three identical satellites in and out of the fuelling room certainly involves some meticulous planning. 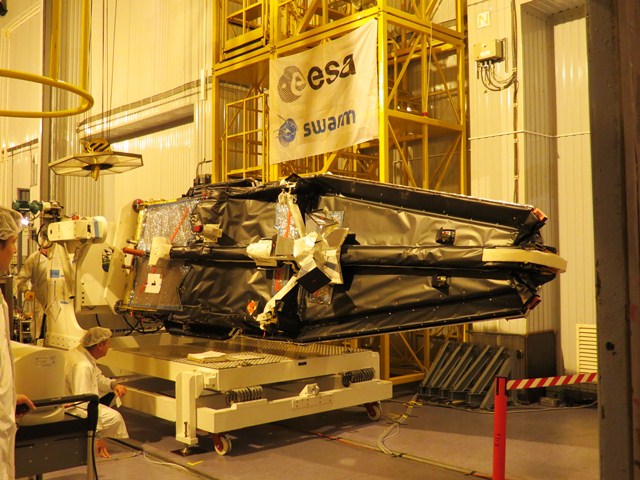 The team finished fuelling Swarm FM2 on Saturday, leaving it to settle for the rest of the weekend. It was then tested for leaks on Monday and all was fine. So, the guys were then cleared to move the satellite back to cleanroom 101a and Swarm FM1 took its place in 101b. 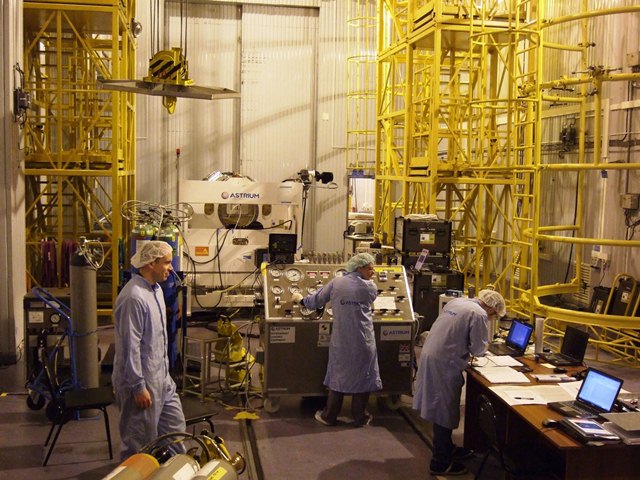 In addition, the absolute scalar magnetometers were tested yesterday – for all three satellites.  These sensors are positioned right at the end of the satellites’ boom. They measure the strength of the magnetic field to calibrate the vector field magnetometer, which is the core instrument and sits half-way along the boom.

In the meantime, tests on the electric field instrument and Langmuir probe are ongoing.

The diagrams below show the position of the instruments. 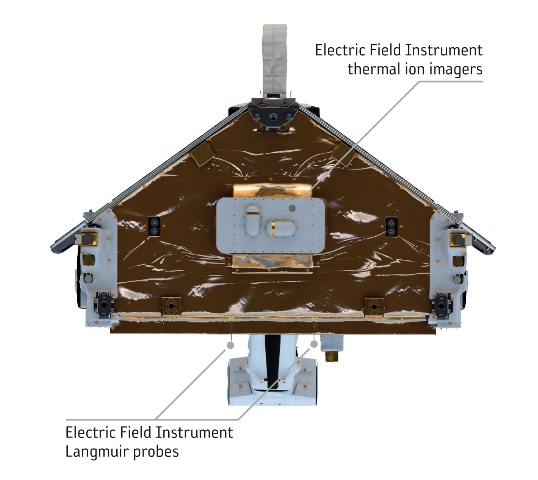 Today, our Astrium colleagues will also perform a first dry run of the launch set-up procedure. This involves switching the satellites on and checking to see that everything is working as it should.

The Rockot launcher’s upper stage, called Breeze, and the fairing left Moscow by train on Tuesday morning. They will arrive today at midday in Plesetsk and be transferred to the MIK by military escort. 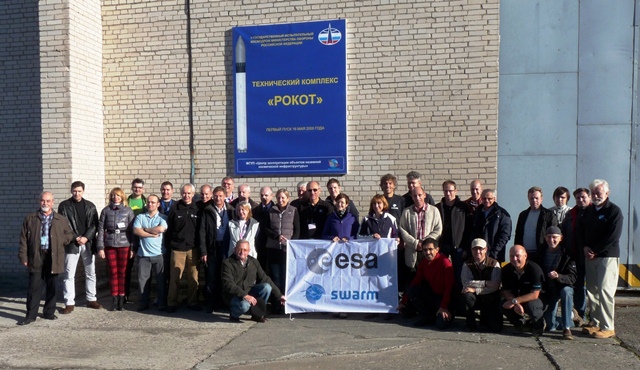 Several team members from Astrium and ESA will leave on Friday so we took advantage of the sunny autumn weather to have a group picture taken in front of the Rockot building.