Everything is going according to plan here in Plesetsk and we have one of the satellites fuelled.

The three satellites are identical so are named FM1, FM2 FM3, where FM means ‘flight model’. 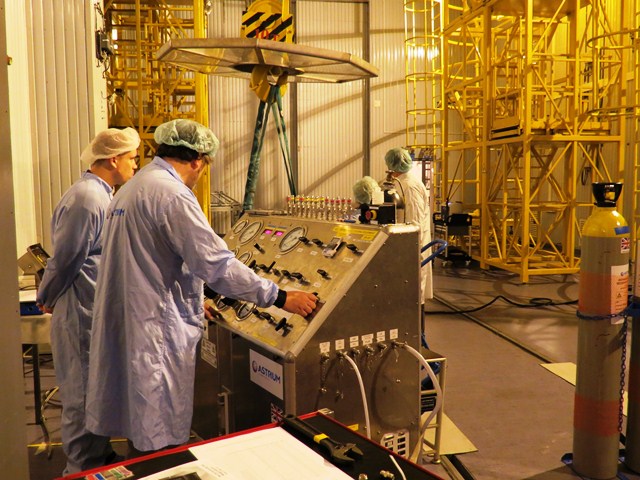 Following the fuelling of the first satellite, FM3, pressure adjustments and the latch valve end-to-end test are still to be carried out today. 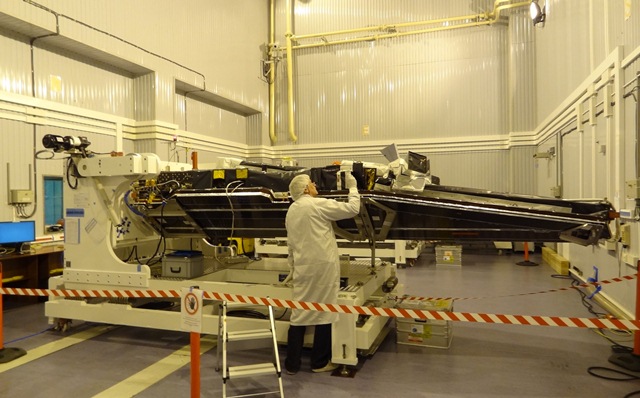 Preparing the Swarm FM-2 for fuelling in the cleanroom. (ESA/K. Bouridah)

Yesterday, FM2 passed the health check for the ‘absolute scalar magnetometer’, which will measure the strength of the magnetic field to greater accuracy than any other magnetometer. In addition, simulations were carried out for satellite’s accelerometer.

FM1’s battery has also had its first charge.

With three satellites to launch there’s a lot of moving around to be done – today’s biggest challenge for our Astrium colleagues is to move FM3 back to room 101a and FM2 to 101b.

On Wednesday, preparations for fuelling FM2 will take place so that the Freon can be loaded the day after. 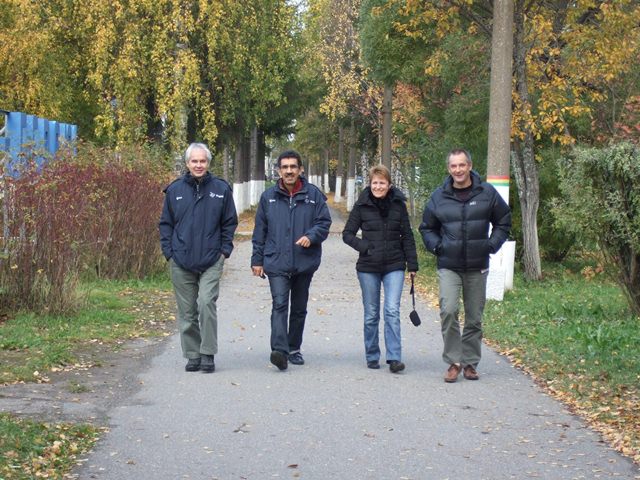 At the end of last week we were joined by two colleagues from CNES and LETI, Isabelle Fratter and Jean-Michel Leger, who are here to follow the health checks on the absolute scalar magnetometer.

Sunday was the first day off since the beginning of the launch campaign.  Most of us used the time to explore a couple of new streets that were added to the area we can visit without being escorted .. aka … freedom zone!