Yesterday was spent in unloading the containers holding the electrical ground support equipment, or  EGSE, and other equipment. We also set up the office areas.

Taking Swarm out of its transit container (ESA/M. Shafiq)

The first Swarm satellite ‘SC-1’ was moved to clean area 101A and left in its sealed container so that it could acclimatise overnight.

The container door was then opened this morning and SC-1 was taken out.

This afternoon the second Volga-Dnepr cargo aircraft landed and the new cargo with the second Swarm satellite, SC-2, is being transported  to the MIK General Hall. 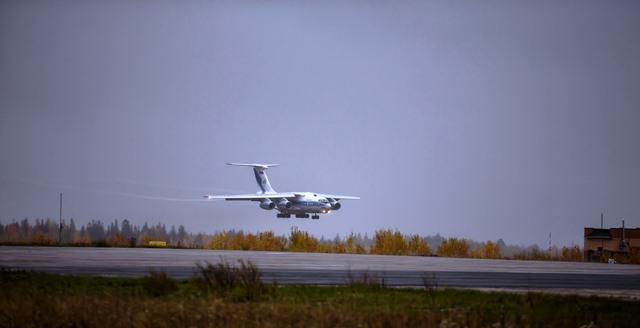 The plan is now to move SC-2  to clean area 101A on Saturday morning, rather than on Friday 20 as previously planned. 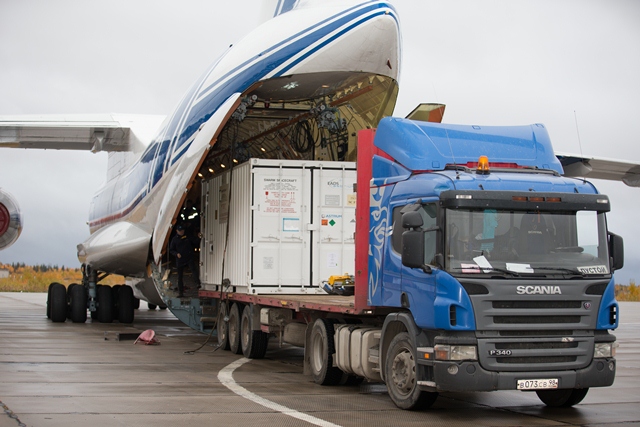 On Saturday afternoon the third and final flight with SC-3 will also arrive, and SC-3 will move to 101A on Sunday.

Despite a slight reshuffle of operations, the milestone of having all three satellites set in clean room 101A by Sunday evening will then be met.

I will fly back with Volga-Dnepr to Munich and returning to Plesetsk with SC-3 on Saturday afternoon.

My next report will be sometime Monday, the 23rd.