Yes ! We finally did it!

MetOp-B is in its Soyuz fairing ready to be transported to the Mik-40 for  integration on the launcher.

It’s been a very busy two weeks here in Baikonur. Getting closer to the end of the campaign, in fact, means also having less time to recover any time spent in solving unexpected issues. And, unfortunately, we’ve had a few …. so, busy long days for the teams. However, we got the green light in the end and we can move closer to the launch pad. 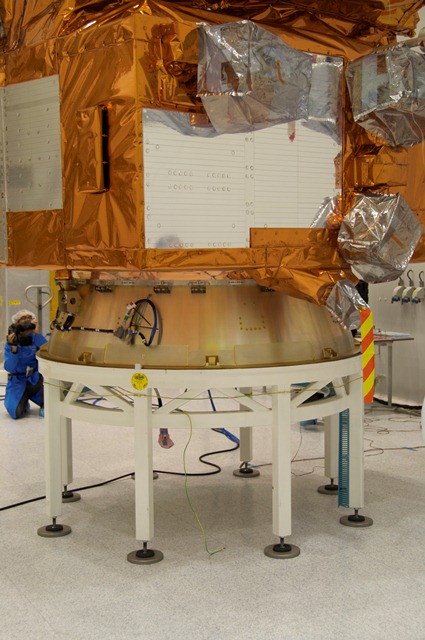 On the launch adapter. (ESA)

After fuelling MetOp we started the combined operation with the launcher. First the spacecraft was mated to the launcher adapter and, in this configuration, we did a functional check to be sure that with the new harness bundles it was still possible to command and control the spacecraft. 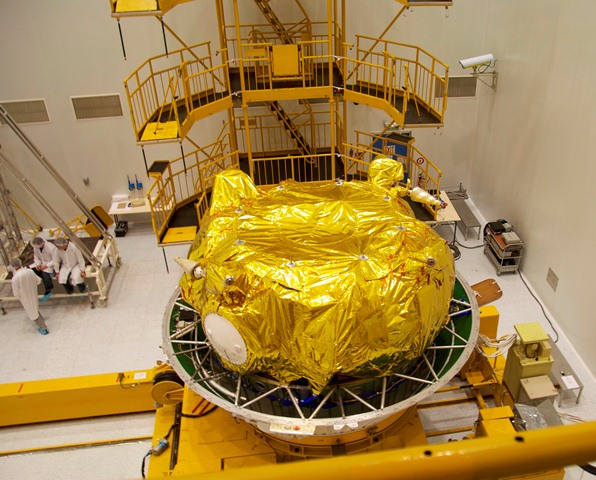 The electrical configuration used to perform the test is, in fact, the same configuration that will be used when the launcher is on the pad.

In parallel, Starsem prepared the Fregat upper stage for mating with MetOp. It has been interesting to see how the Russian operators finalised the thermal closure of Fregat; it was like a dressmaker tailoring a piece of clothing on a customer! 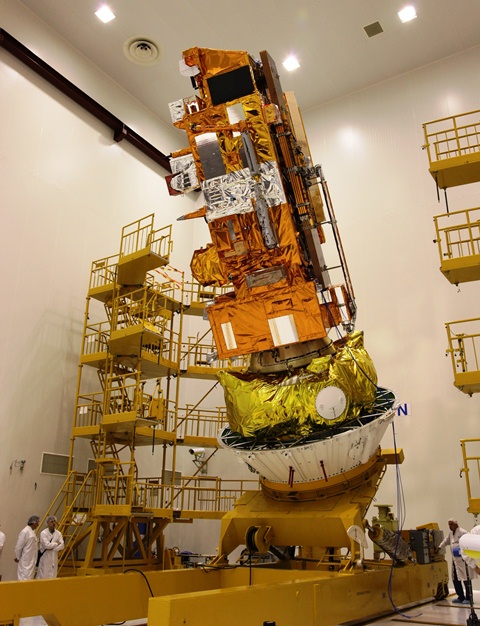 Prior to encapsulation: MetOp and the Fregat upper stage. (ESA)

The MetOp/Fregat mating was carried out last week. Starting from that moment on, the whole MetOp team (ESA, EUM, NASA/NOAA, CNES, Selex/Galileo, Astrium) has been busy to finalise the spacecraft and to declare it ready for flight. The sensible device protections (red tag items) have been removed and all the missing flight parts (green tag items) have been installed on the satellite.

Here in Baikonur, the western space engineering rules and the Russian ones meet … and the differences are big. Before the encapsulation, MetOp, weighing about four tonnes, was tilted, attached to Fregat with less than 10 bolts!

On Saturday, before the encapsulation, we said goodbye to MetOp. One of our Astrium colleague played a serenade …. and then the Russians started to move the fairing towards MetOp.