The MetOp launch campaign has now reached the end of the first preparation phase during which a number of activities have been successfully carried out.

Straight after the arrival at the Baikonur Cosmodrome, the MetOp Payload Module and the Service Module were mated together. MetOp was then tested to verify the health of the instruments and equipment onboard.

Following the functional verifications, we have performed some mechanical verification. The building up of the spacecraft has continued with the integration of the solar array, the pyrotechnical devices and the finalisation of the thermal blankets – the multilayer insulation. 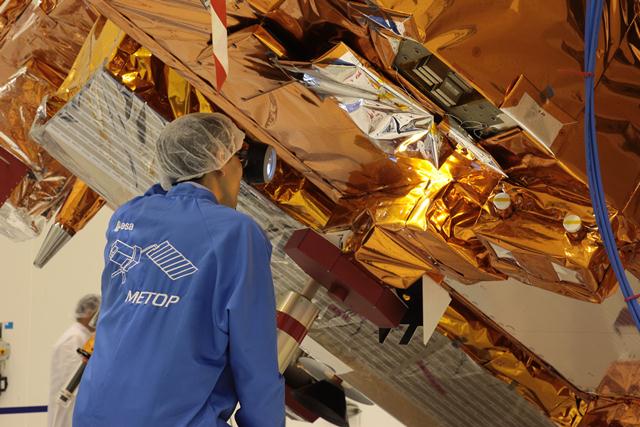 To close this first phase of operations, we performed a first ‘launch countdown rehearsal’ to check the procedure to be used during the real countdown.

MetOp is now ready to be transferred to another facility, inside the Cosmodrome, where it will be filled with propellant. 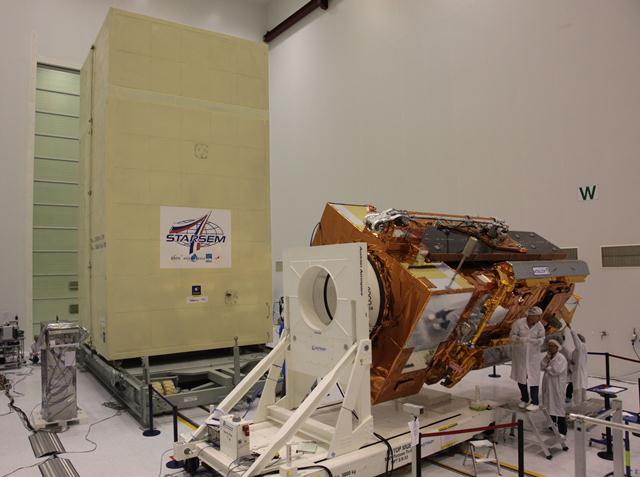 Container close to MetOp for transfer to HPF

After this very critical operation the satellite will return back to the UCIF to start the combined operation with the launcher that will finally end up with MetOp being encapsulated in the upper composite of the launcher!