Alexander’s second ride back to Earth

The trio said their farewells to the three astronauts they left behind on the Space Station, Canadian astronaut David Saint-Jacques, NASA astronaut Anne McClain and Roscosmos commander Oleg Kononenko.

Last view before getting in the Soyuz. 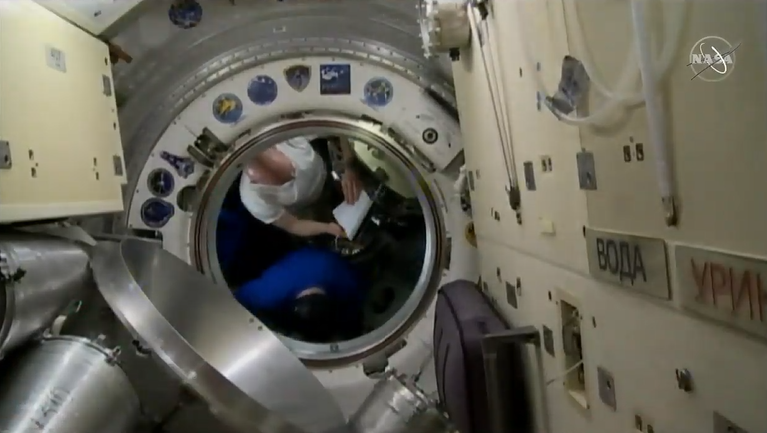 Alexander in the Soyuz before closing the hatch. Credits: NASA

The hatches between the spacecraft and the International Space Station were closed at 22:40 GMT (23:40 CET).

After leak checks and donning the Sokol pressure suits, the hooks holding the spacecraft to the International Space Station were released and the Soyuz started to drift as springs pushed the spacecraft away. 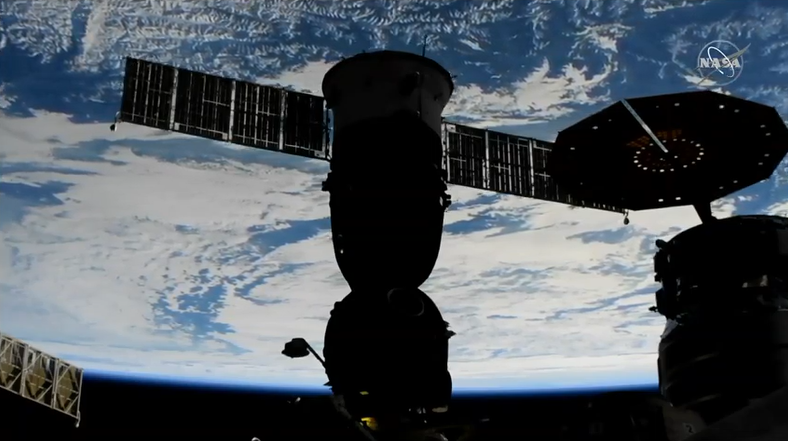 Two thruster firings were initiated to increase the distance between the spacecraft and the International Space Station as planned. Over two orbits of Earth the astronauts reported everything was going smoothly in the run-up to the deorbit burn that would put them on a trajectory towards their landing site in Kazakhstan. 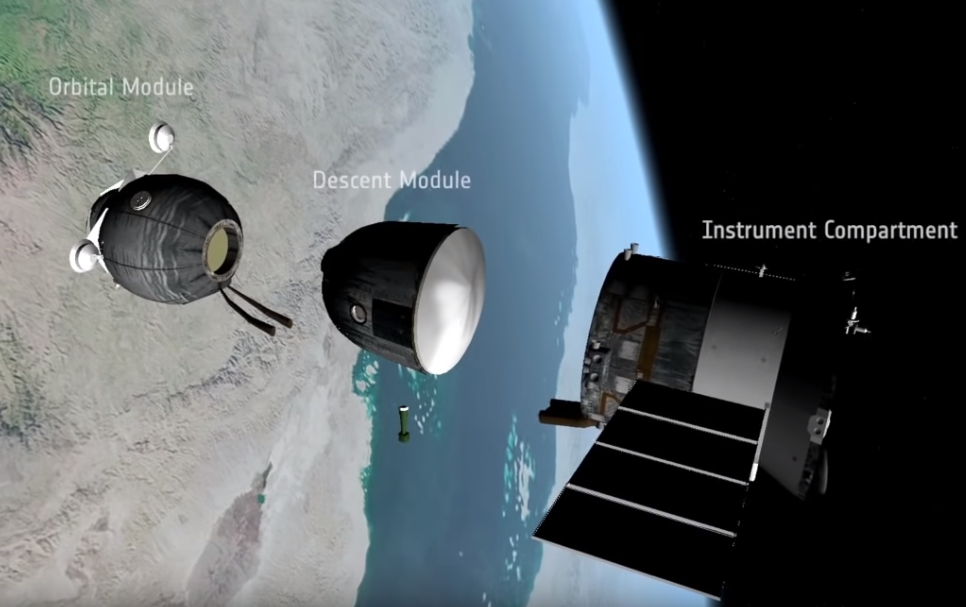 Radio contact was lost at 04:42 GMT (05:42 CET) for five minutes as the Soyuz entered our atmosphere at intense speeds and friction causes the temperature outside to rise to 1600°C. The command to open the parachute was sent at 04:48 GMT (05:48 CET) while travelling at around 11 km above Earth.

The three astronauts where safe and sound back in a very cold and foggy Kazakhstan, temperatures of –16°C were reported. 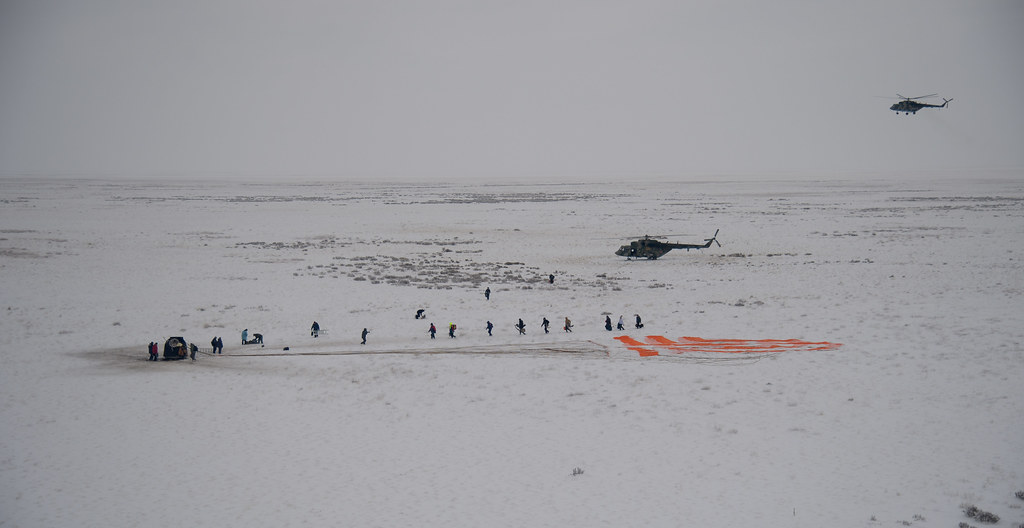 First out of the capsule came Soyuz commander Sergei Prokopyev

Sergei getting out of the Soyuz MS-09 capsule. Credits: NASA

He was followed by Serena: 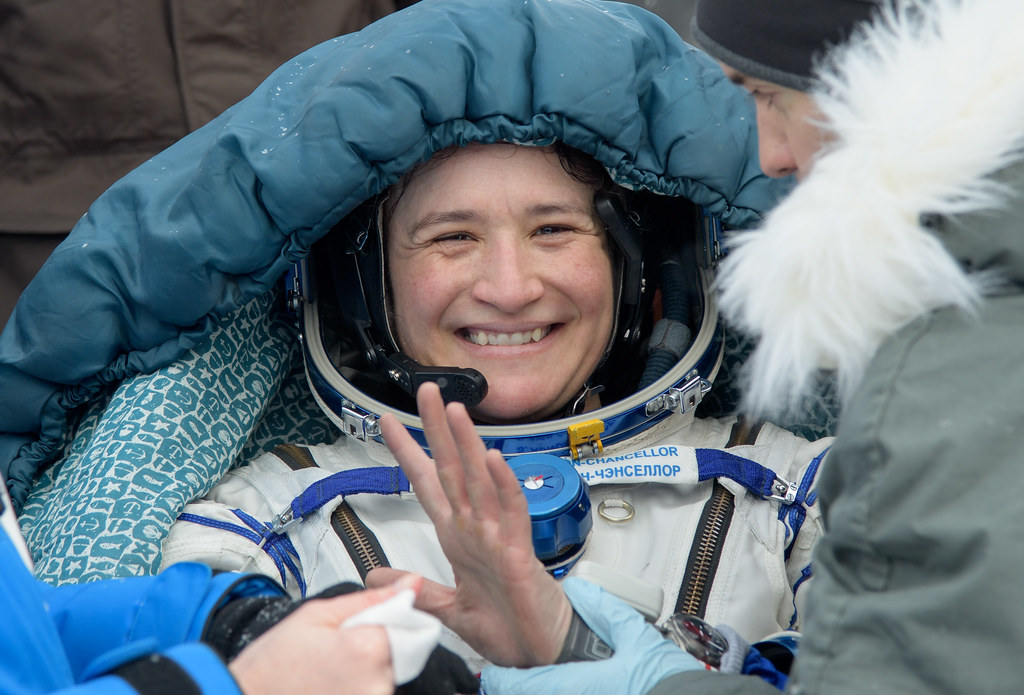 Alexander was the last to get out of the capsule:

After initial medical checks the trio were brought to a nearby medical tent before heading to their next destinations.