Today’s CometWatch entry is a single frame NAVCAM image obtained on 28 April, from a distance of 151 km from the centre of Comet 67P/Churyumov-Gerasimenko. At this distance, the resolution is 13 m/pixel; the image has been cropped to 11 km (the original frame, provided at the end of the post, measures 13 km across). 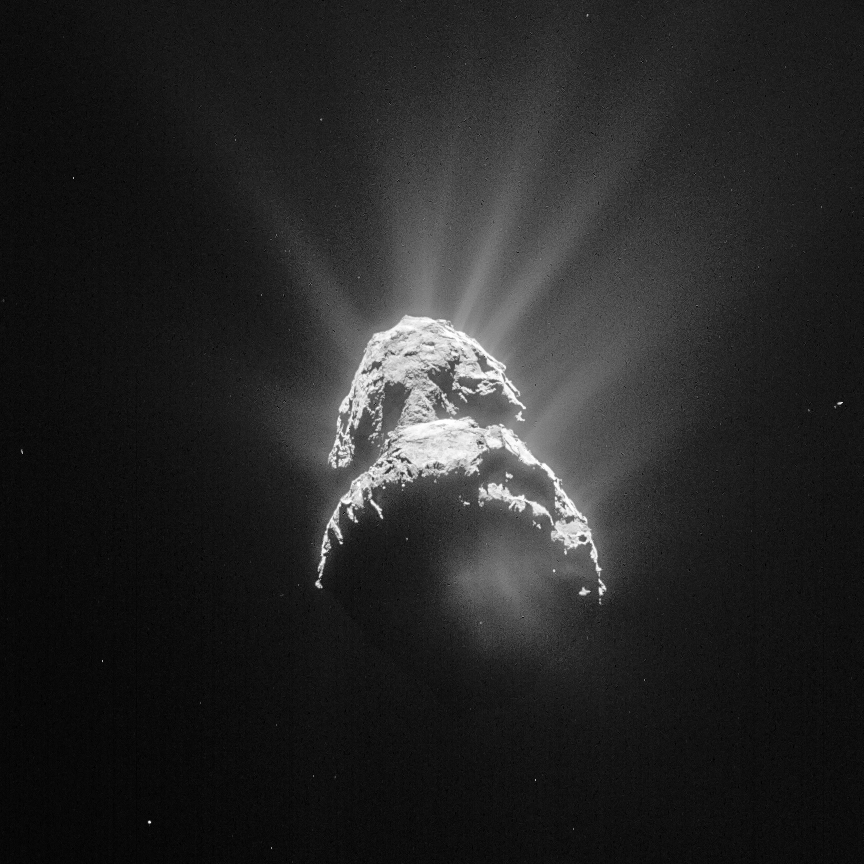 With the large lobe of the comet in the foreground and the small lobe in the background, this image provides another interesting view on the smooth area on the large lobe that was featured prominently in CometWatch 26 April. In today’s image, this portion of the comet, consisting of parts of the Aker and Khepry regions, appears as a bright, slab-like feature pointing upwards. Behind it, on the small lobe, are parts of the rougher Bastet region.

The image has been processed to enhance the activity of 67P/C-G, with jets of material outflowing gloriously from the sunlit parts of both lobes. A bright, diffuse spot in front of the dark underside of the comet’s large lobe, home to the Imhotep region, seems to be strongly suggestive of activity there, too. From this distance, however, it is not immediately possible to know whether this is linked to the dust jet caught emanating from this side of the comet by Rosetta’s OSIRIS camera a few weeks ago. 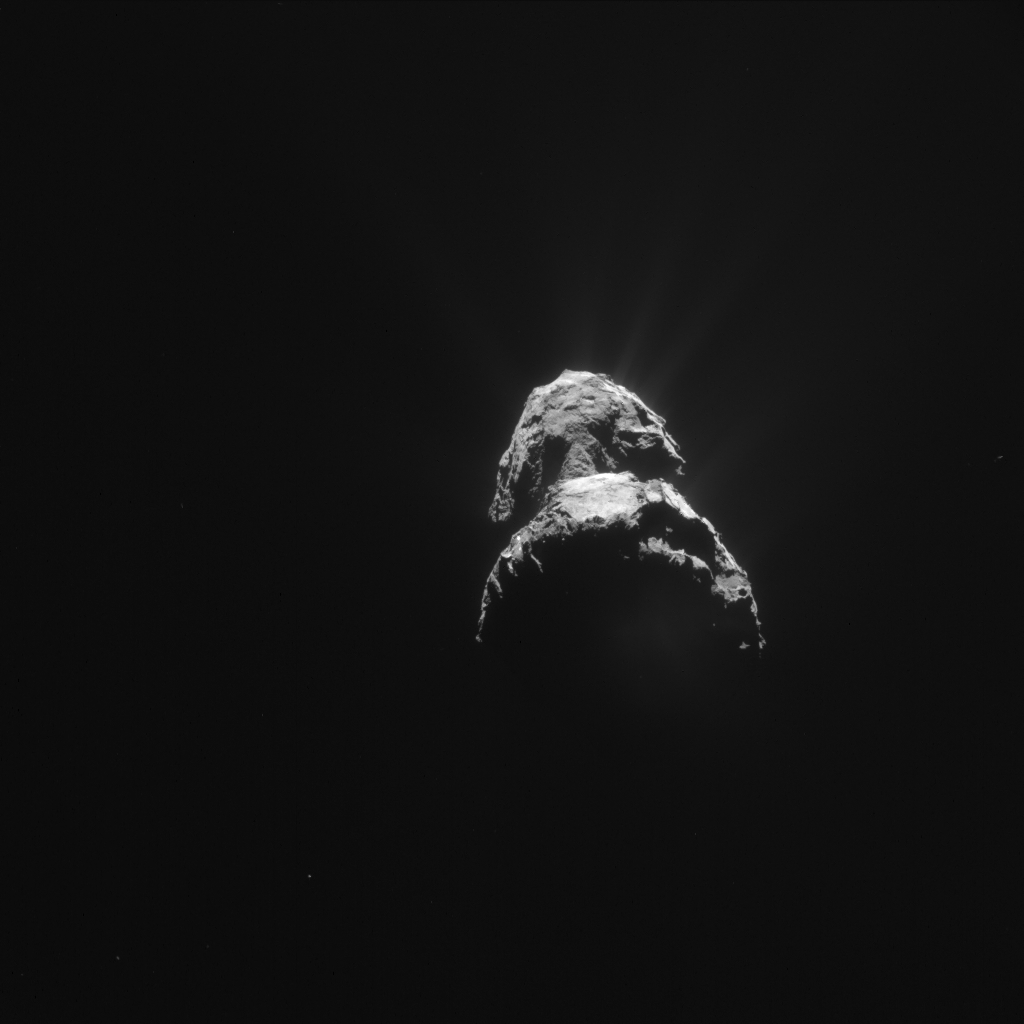