This four-image montage comprises images taken from a distance of 27.9 km from the centre of Comet 67P/Churyumov-Gerasimenko on 6 January. The image resolution at this distance is 2.3 m/pixel and the individual 1024 x 1024 frames measure about 2.4 km across. 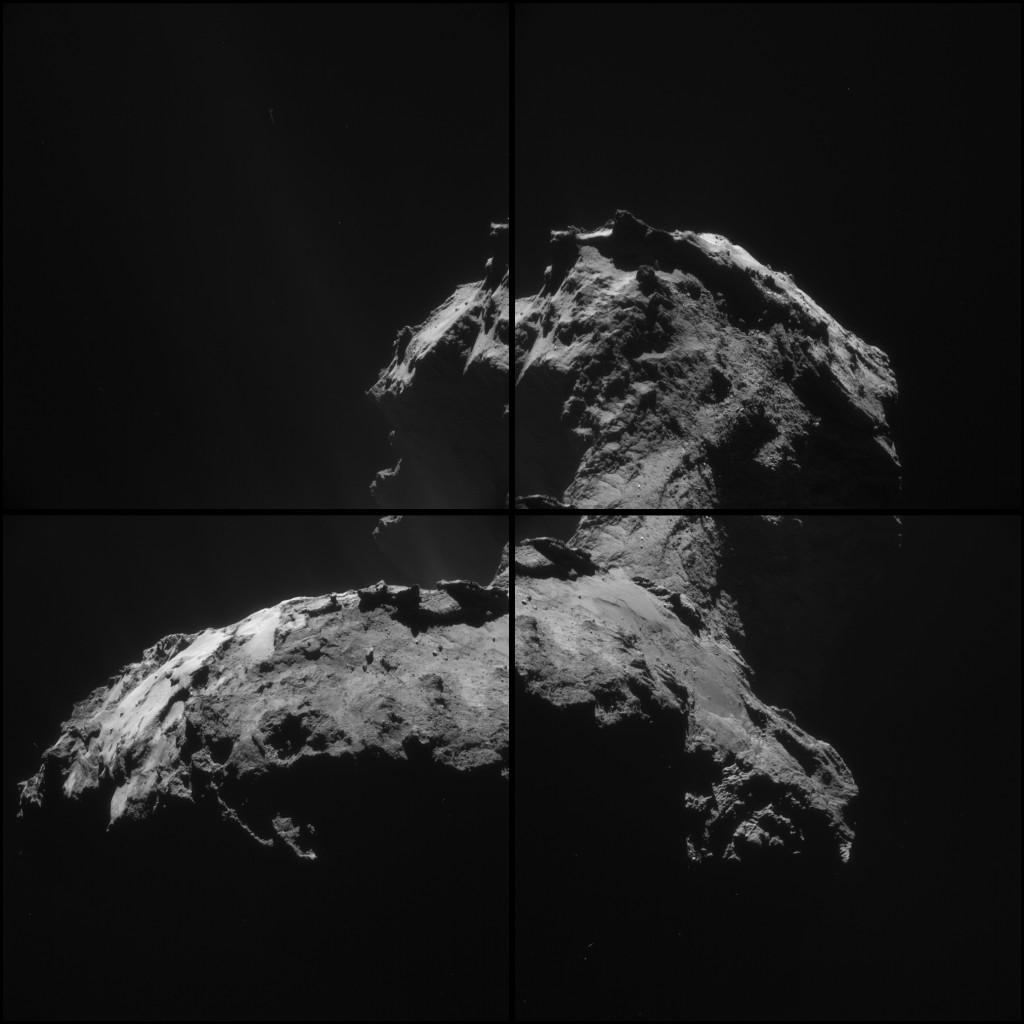 Rotation and translation of the comet during the imaging sequence make it difficult to create an accurate mosaic, so if you attempt a mosaic always refer to the individual images before drawing conclusions about any strange structures or low intensity extended emission.

The scene provides a nice view across the larger lobe (foreground) and up onto the smaller comet lobe (upper frames), taking in a wide range of surface textures from smooth regions with scattered boulders to rougher and more complex terrains.

Ramp up the exposure to bring out more details of the cliffs leading up to the smaller lobe, and to capture some of the comet’s activity.

The four individual frames are provided below: 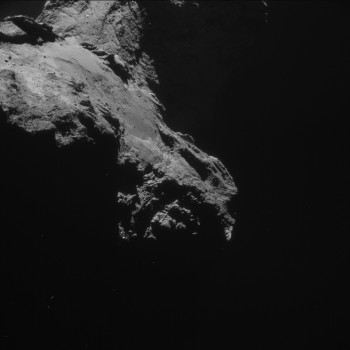 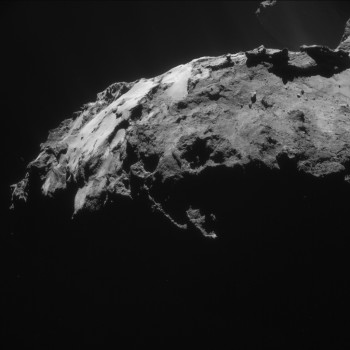 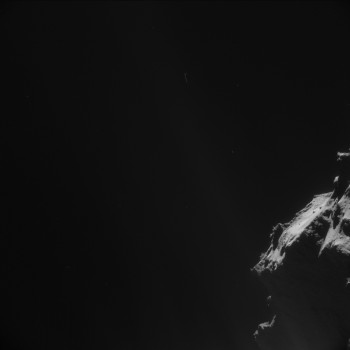 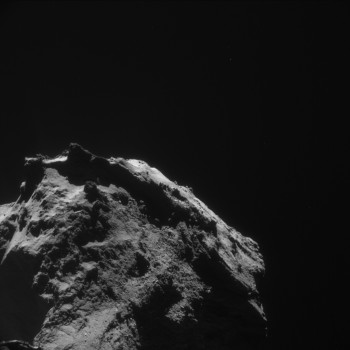