This four-image mosaic comprises images taken from a distance of 28.4 km from the centre of Comet 67P/Churyumov-Gerasimenko on 3 January. The image resolution at this distance is 2.4 m/pixel and the individual 1024 x 1024 frames measure 2.5 km across. The mosaic is slightly cropped and rotated and measures about 4.4 x 4.2 km.

Because rotation and translation of the comet during the imaging sequence make it difficult to create an accurate mosaic, always refer to the individual images before drawing conclusions about any strange structures or low intensity extended emission. 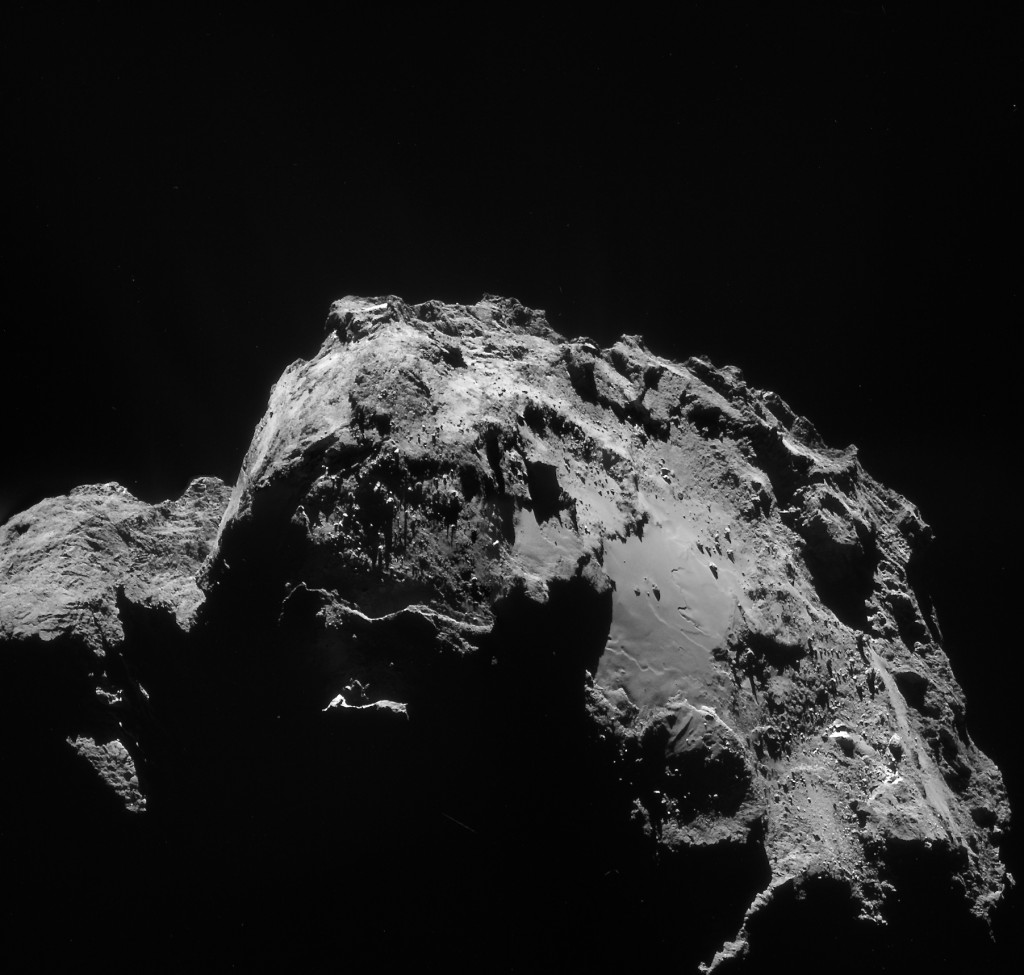 The mosaic shows a great view across the Imhotep region, which includes the Cheops boulder on the larger of the two comet lobes. The name of this region was revealed during the AGU conference in December (see the 17 Dec post). The smaller of the comet’s lobes is situated to the far left of the mosaic.

The illumination conditions contribute to the interesting view of the features standing out against the shadowed foreground, close to the centre.

Some of the streaks and specks seen around the nucleus will likely be dust grains ejected from the comet, captured in the 4.3 second exposure time.

A montage and the four individual 1024 x 1024 frames are provided below: 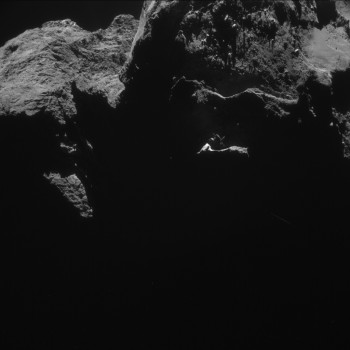 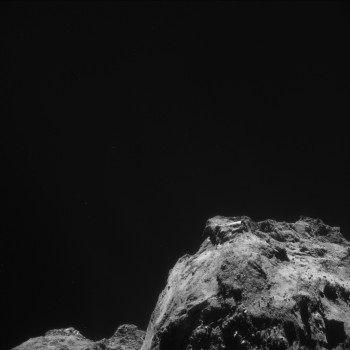 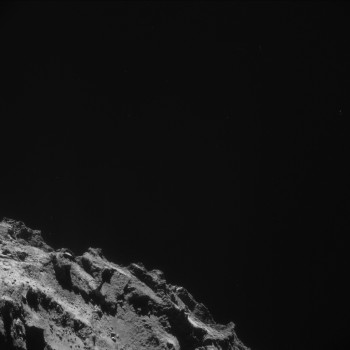