Editor’s note: Debris avoidance manoeuvres are becoming a more frequent occurrence for satellites orbiting Earth. Experts at ESA’s Space Debris Office at the European Space Operations Centre, Darmstadt, Germany, maintain a conjunction alert service, and work closely with our flight control teams whenever a conjunction forecast indicates that getting out of the way may be necessary. It’s core business for what we do at ESOC and it’s all part of ensuring that European missions are kept safe from the debris hazard. 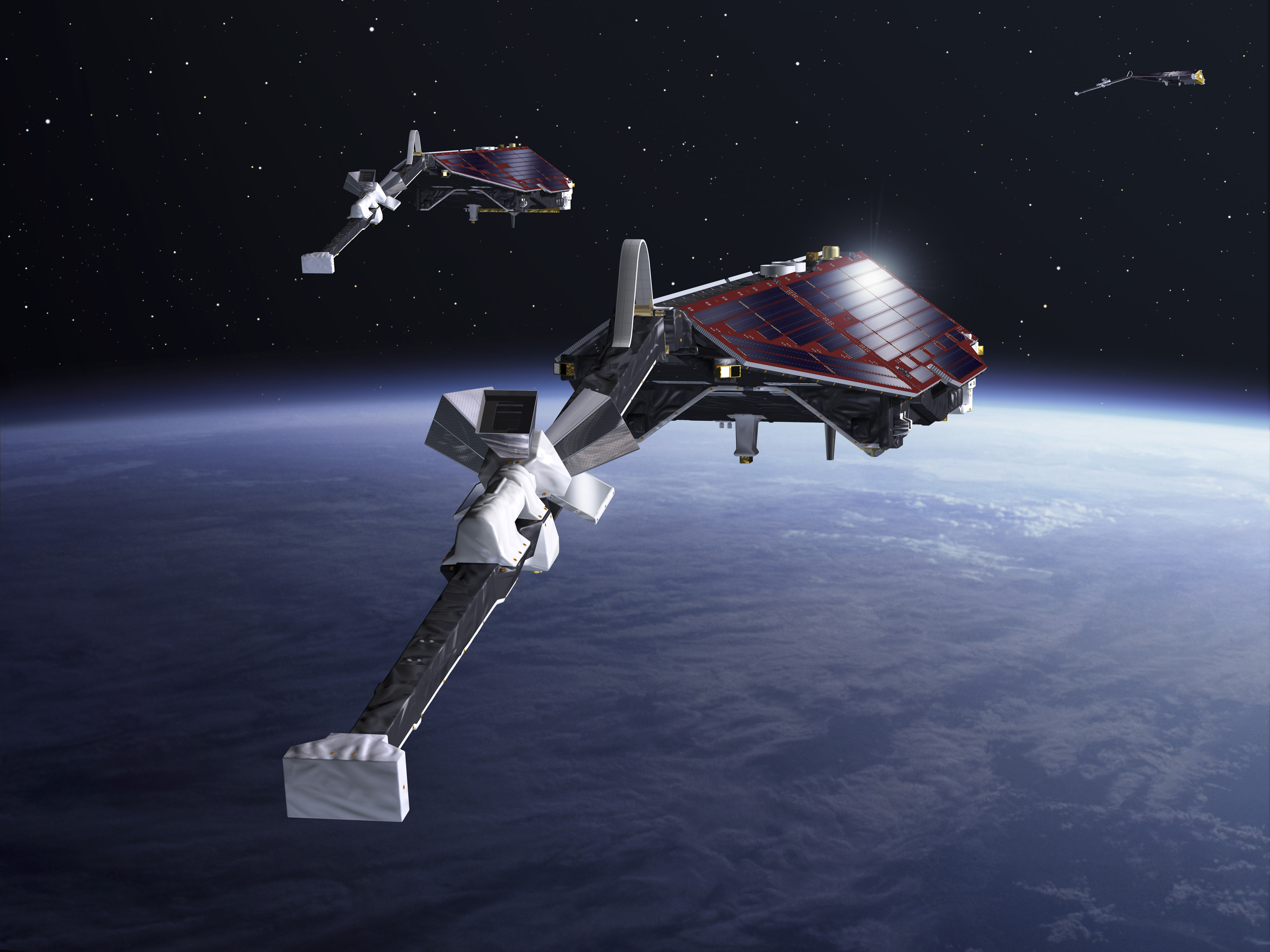 The three identical Swarm satellites were launched together on one rocket in 2013. Two satellites orbit almost side-by-side at the same altitude – initially at about 460 km, descending to around 300 km over the lifetime of the mission. The third satellite is in a higher orbit, at 530 km, and at a slightly different inclination. Credit: ESA–P. Carril, 2013

For the past few days, experts from ESA’s Space Debris Office at ESOC in Darmstadt, Germany, have been assessing a conjunction (read: collision) forecast issued by the US armed forces’ Joint Space Operations Center (JSpOC) located at Vandenberg Air Force base in California.

JSpOC receive data from the American space tracking radars and telescopes, among other sources, and through a long-standing data-sharing agreement, alert ESA whenever a conjunction involving one of our missions appears possible.

Space debris are now one of the principle threats to orbiting satellites. We estimate that an ever-increasing cloud of more than 750 000 dangerous debris objects larger than 1 cm are in Earth orbit with the potential to damage or destroy intact satellites, creating yet more fragments.

The current conjunction forecast relates to a potential collision between a piece of space debris and ESA’s Swarm-B satellite, which is part of the 3-spacecraft Swarm mission. Swarm-B is now orbiting at about 500 km altitude, at an inclination of 88 degrees (you can follow its orbital track via the Operations website).

First, a bit about Swarm!

Launched in 2013, the trio of Swarm satellites are measuring and untangling the different magnetic fields that stem from Earth’s core, mantle, crust, oceans, ionosphere and magnetosphere. Together, these signals form the magnetic field that protects us from cosmic radiation and charged particles that stream towards Earth in solar winds. 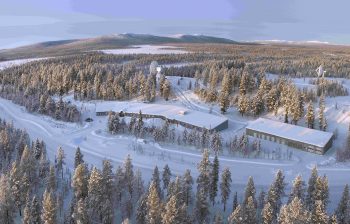 The Kiruna S- and X-band station supports ESA’s CryoSat-2, Sentinel and Swarm satellites, as well as other observation missions. The station is located at Salmijärvi, 38 km east of Kiruna, in northern Sweden. Credit: ESA

The three satellites orbit in formation, and are cared for each day by a flight control team located here at ESOC. The three spacecraft are routinely tracked (i.e. we send telecommands and download science data and on-board status information) via ESA’s own ground station at Kiruna and via stations located at Svalbard and Esrange.

Swarm is a fantastic mission! One of the most recent announcements came after Swarm data led to the discovery of a ‘jet stream’ in Earth’s core – the first time this jet stream has been ‘seen’.

The chaser object is a piece of Cosmos-375 fragmentation debris. It is very small, having a radar cross-section of just 0.02 m2.

“This corresponds to a size of about 15 cm” says Tim Flohrer, the space debris analyst on duty this week at ESA’s Space Debris Office.

“With 130 observations in the database, it’s a very well tracked object, and we’re pretty confident that we know its orbit with a high degree of accuracy.”

Nonetheless, there are uncertainties in its orbit, on the order of 1000m in the along-track direction. This means it could easily come much closer than 361m to Swarm-B, and potentially even collide.

This morning at 09:00 CET, on the advice of the Space Debris Office, Swarm Spacecraft Operations Manager Frank-Jürgen Diekmann at ESOC called the first meeting to assess the situation and devise an initial plan for conducting a possible manoeuvre to boost Swarm-B out of the way. The meeting included the flight control team, a flight dynamics specialist and the space debris team.

The discussion included Swarm Mission Manager Rune Floberghagen, at ESRIN, ESA’s Centre for Earth Observation, near Rome, with whom the final decision authority rests when it comes to taking any action.

We’ll provide a description of the overall process at ESOC in the next blog post.

The Space Debris team are now waiting for updated predictions from JSpOC late today. In the meanwhile, the flight control team and flight dynamics specialists are starting to plan a collision avoidance manoeuvre (CAM), which, if deemed necessary, will have to be conducted within the next 36 hours.

Over the next two days, we’ll post here and in the @esaoperations Twitter account in realtime as the teams receive new information and undertake the process of an avoidance manoeuvre, reporting on the fascinating – and very necessary – work done by the experts from mission operations, spacecraft engineering, flight dynamics and space debris to ensure that spacecraft fly safely.