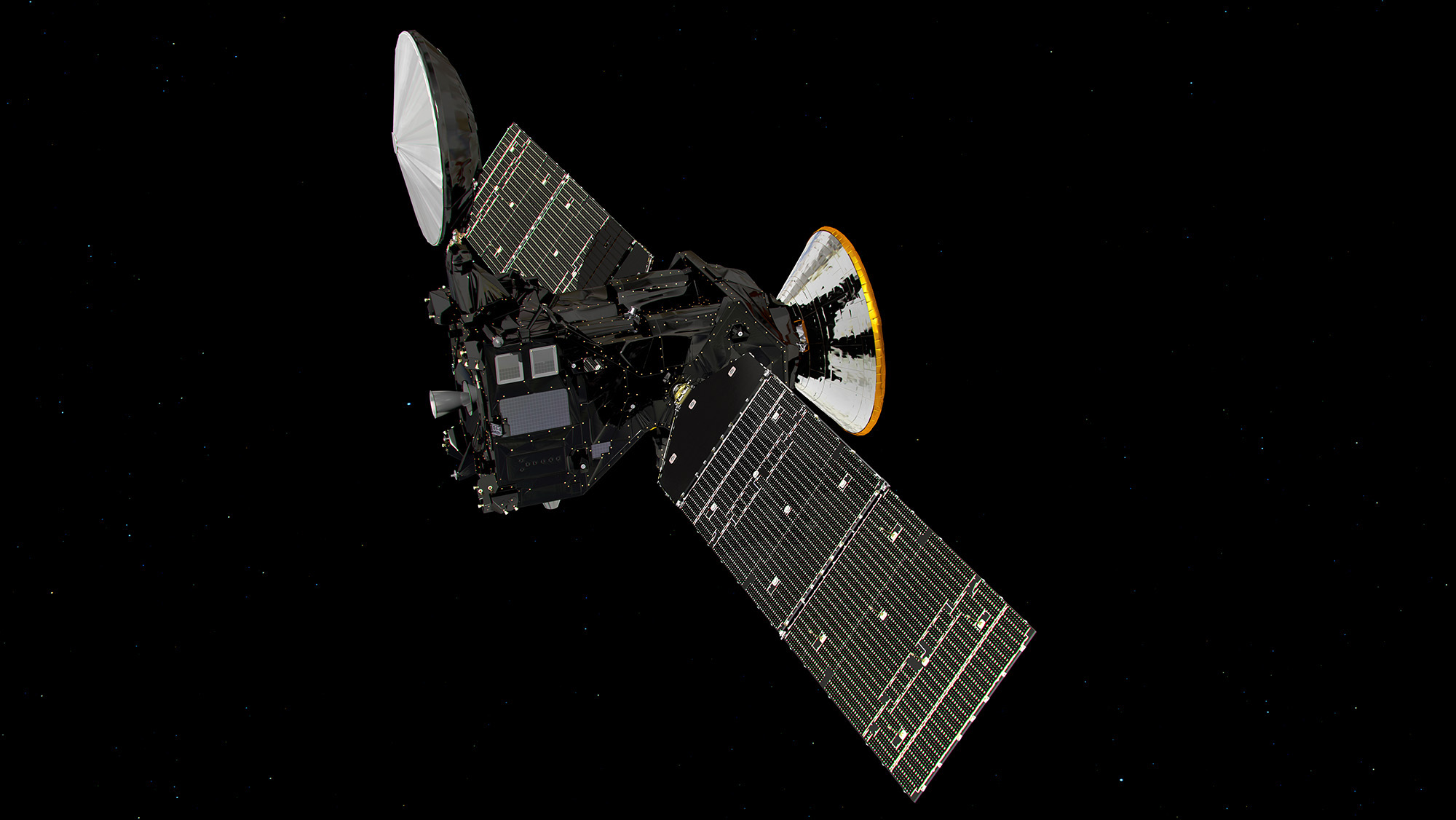 This manoeuvre provided about 95% of the push needed to line the spacecraft up to intercept the Red Planet on 19 October, targeting the landing site chosen for the Schiaparelli mission: Meridiani Planum (see comment on actual performance below).

Tomorrow, Thursday, 11 August, the mission will conduct DSM-2, designed as a follow-on burn to provide whatever additional delta-v is needed after the first.

This two-step manoeuvre plan is a deliberate choice, as the actual performance of any engine burn is not always completely predictable; it’s more efficient to do a first burn that provides most of what is needed, then do a precise orbit determination to assess the actual performance followed by a second – and much smaller – burn to provide the remainder.

“It may sound easy after the success of the big DSM-1 burn. However, there is something very special about this manoeuvre,” says Silvia Sangiorgi, deputy spacecraft operations manager.

“It will be executed in a special ‘mode’ (an overall set of configurations of the spacecraft’s flight systems) that will be used during the critical Mars orbit entry manoeuvre on 19 October. This special ‘fail-op’ mode is designed, among other aims, to ensure that the engine will continue burning during the one-chance-only orbit-entry timeslot despite any problems (even mundane, routine ones) that might occur.”

“During the DSM-2 manoeuvre, the full data link will be off and the spacecraft pointing will be such that we will receive only the carrier radio signal and see Doppler measurements as the burn progresses, same as for DSM-1.”

“This allows us to monitor progress in real-time.”

She says that for tomorrow’s burn, pointing and attitude adjustments for ExoMars/TGO will be done using the thrusters instead of the reaction wheels. This means that the craft will slew into and out of its burn orientation much faster than it did before/after DSM-1 (the thrusters will also be used to adjust the craft’s attitude during Mars orbit insertion phase).

“This means that the manoeuvre performed nominally within 5 mm/second, or about 0.002%, and had a direction error of 167 millidegrees, compared to the target – so it was an extremely accurate burn!” says Ana Mestre from the ExoMars/TGO navigation team at ESOC.

The final detailed assessment came after an orbit determination done by the flight dynamics experts at ESOC on 8 August, as well as taking into consideration ground station tracking data up until 7 August. In addition to this conventional tracking data (Doppler and ranging) from the stations, 12 delta-DOR measurements were used to precisely determine the DSM-1 performance.

The one-way signal time between Earth and ExoMars/TGO tomorrow will be 5 minutes and 29 seconds.

The second ExoMars/TGO deep-space manoeuvre ran as planned today, starting at 11:30 CEST and finishing some 155 seconds later. The Flight Dynamics team at ESOC will now perform a detailed orbit determination and provide an exact analysis of the engine’s performance. Spacecraft is doing fine! Note: one-way signal time originally given above has been updated to the correct value.