We are currently in the middle of a period of high solar activity, and I would like to provide up-to-date information about what is happening and what can be expected over the coming 24-48 hours. 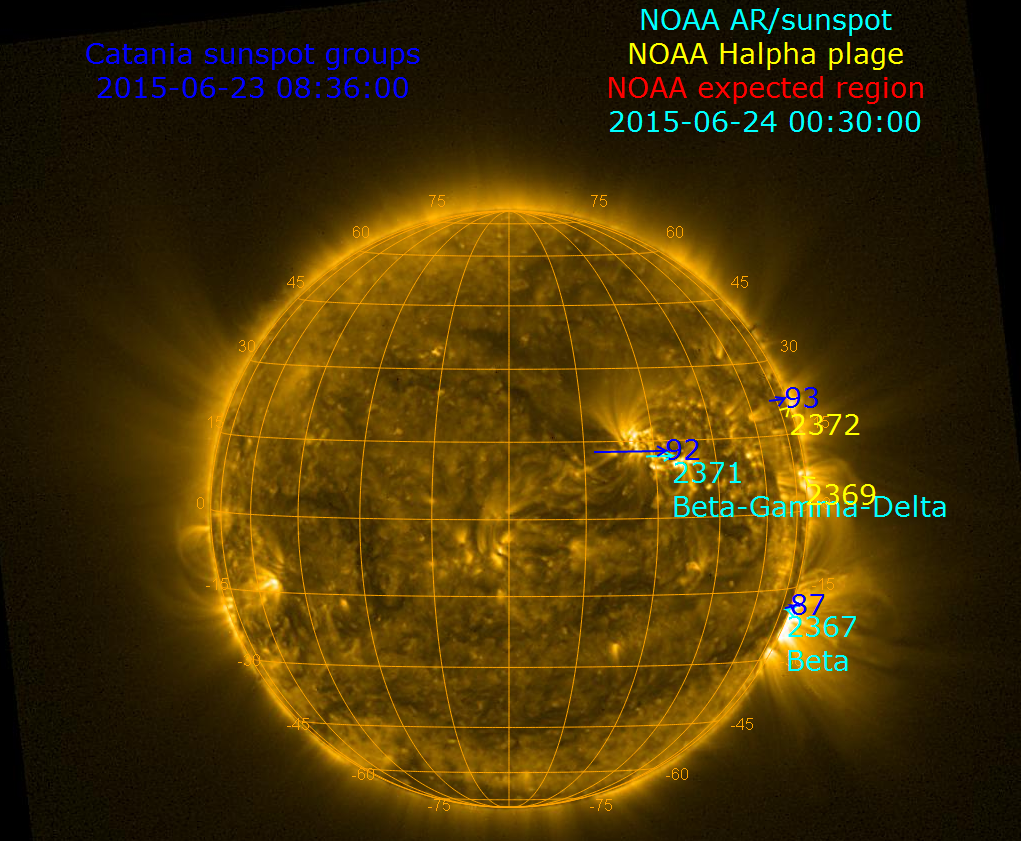 The Earth is currently under severe geomagnetic storm conditions. This storm was triggered by the arrival of a Coronal Mass Ejection (CME) associated with an M-class solar flare at 02:35 UT (04:35 CEST) on 21 June. The CME reached the Earth-Sun L1 point (located about 1.5 million km from Earth – see: What are Lagrange points?) at about 18:00 on 22 June and the arrival of the shock was detected by NASA’s Advanced Composition Explorer (ACE) spacecraft. 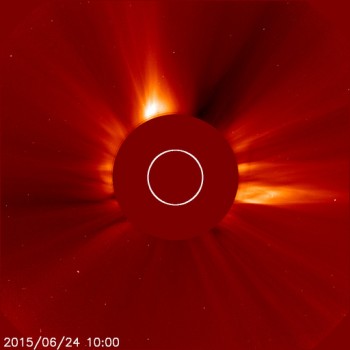 The geomagnetic storm at Earth initiated by the arrival of the shock reached ‘severe’ storm conditions during the night. The flux of energetic solar protons from the Sun has been elevated since the flare on 21 June. Fortunately for the launch of ESA’s Sentinel-2A satellite on board Vega yesterday, the increase in the solar proton flux was limited and only some protons (those with energies above 10 MeV) exceeded the 1000 Proton flux unit (Pfu) energetic particle event threshold. No increase has been detected at higher energies for the time being.

At the moment both the geomagnetic storm and the solar energetic proton flux levels seem to be declining. Disturbed geomagnetic conditions are still expected for the much of the day today.

A new M-class solar flare was detected at 18:23 UT (20:23 CEST) on 22 June. This flare was also associated with a rather fast, Earth-oriented CME, travelling with a speed of about 1000 km/s. This CME is predicted to arrive to Earth around midday 24 June. The geoimpact of this CME will be determined by the direction of the Interplanetary Magnetic Field (IMF) at the time of the CME arrival. However, as a minimum, minor geomagnetic storm levels are expected after the CME arrival. If the IMF is pointing southwards, the resulting storm will be stronger. We will know the direction of the IMF only at the time when the CME reaches the L1 point.

No significant increase in the solar proton flux has been detected associated with the flare on 22 June.

As can be seen in the enhanced Proba-2/SWAP image of the solar disk above, the active region 2371 responsible for the last two flares and CMEs is still close to the centre of the disk and is magnetically connected with Earth. Thus, it is possible that we will see more flares and Earth-directed CMEs before the end of the week. If that happens, we will provide you updated information.