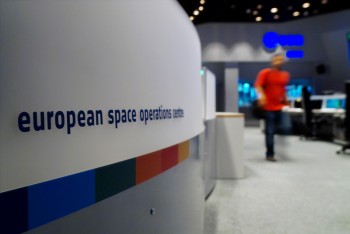 Editor’s note: As an ISS partner agency, ESA is in close contact with the Russian and US authorities regarding the Progress M-27M / 59P mission situation. ESA’s Space Debris Office is also following events closely, and is ensuring that ESA Member States are fully informed as to any potential reentry risk.

The unmanned Progress lifted off on a Soyuz launcher on 28 April at 07:09 GMT on a resupply mission to the ISS. Shortly after launch, Progress experienced technical difficulties, with the result that teams at Russian mission control could not command the spacecraft.

On 29 April, the docking of Progress with the ISS was called off. The ISS itself is in absolutely no danger and has sufficient reserves of food, fuel, water, etc.

There has been no confirmation as to the cause of the failure, nor has there been any success in regaining control of the Progress vessel. Russian flight controllers are continuing to assess the vehicle’s condition and determine future actions.

The comments below are provided by Dr Holger Krag, Head of ESA’s Space Debris Office at ESOC, Darmstadt.

It is now known that Russian flight control teams cannot regain control of Progress; it will inevitably undergo an uncontrolled reentry within about ten days, as its orbit steadily decays due to natural atmospheric drag and gravity forces.

In an uncontrolled reentry, the vessel in principle could reenter over any point of land or sea between approximately 51 deg N and 51 deg S latitudes, corresponding to its current orbit.

Uncontrolled reentries of space hardware are not an uncommon occurrence. 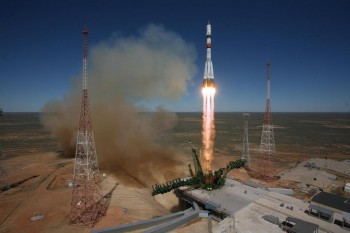 In the case of Progress, with a mass of about 7 tonnes, we can expect that most of the craft will burn up during reentry. However, we cannot exclude the chance that some portion of its structure, for example the heavy docking mechanism or tanks and thrusters, could survive reentry to reach the surface.

Even so, Earth has a very large surface, and it is most likely that the reentry will occur over water, desert or unpopulated areas.

At ESA’s Space Debris Office, we are in contact with our US and Russian colleagues. The orbital tracking data we receive from the US radar system are being refined with additional data provided by Germany’s TIRA tracking radar (operated by Fraunhofer FHR), and we are using this to make our own reentry estimates and communicate these with ESA Member States.

At this time, and absent regaining control of Progress, we expect that a reentry would occur around 9 May, with an uncertainty of plus or minus 2 days.

The two-day uncertainty is due to the unpredictability of the forces working on the vessel, among other factors, and is unavoidable at this time.

It is now impossible to say over what point of Earth’s surface reentry will occur, as the current time uncertainty (at orbital speeds) translates into thousands of kilometres of distance.

As we get closer to 9 May, our ability to estimate the reentry time will improve. On the day prior to reentry, i.e., 8 May, we’ll be able to forecast the time of reentry with a much higher degree of confidence. It will also become possible to exclude certain land/sea areas.

In six decades of space flight, no person has ever been hit by any piece of reentering satellite or debris and there is nothing related to this situation to indicate otherwise. We all accept much higher risks in our daily lives by driving a car or flying in airplanes.

It is most important to understand that the risk on ground to anyone is extremely small.