This update sent in earlier today by Rick Blake, Spacecraft Operations Engineer at ESOC working on the Venus Express mission.

This will be our final operational VEX update, unless anything changes.

Monitoring of the unmodulated X-band carrier signal being radiated by Venus Express has been conducted since the end of the mission was declared in December.

There was no sign of the VEX carrier radio signal again today – just a few spurious/transitory lock indications probably on the background noise. As of today, the last detection of an intermittent carrier signal was on Monday, 19 January.

Preliminary analysis of data recorded at the ground station during yesterday’s pass (22 Jan 2015) does not show any sign of a carrier signal or carrier lock. Earlier, the pass on 21 January was short (14:00-15:58 UTC) with the carrier signal only observed occasionally since the pericentre on 17 January; we may not have expected to see anything even if the spacecraft is still radiating an X-band signal.

Note that around 15:00UTC on Sunday, 18 January, there was a massive spike in the carrier signal level (over 30 db!). This spike only lasted for a minute or so but looks to be consistent with the spacecraft’s High Gain Antenna actually pointing at the Earth properly for short space of time – possibly that was Venus Express in ‘Earth pointing’ properly one last time. 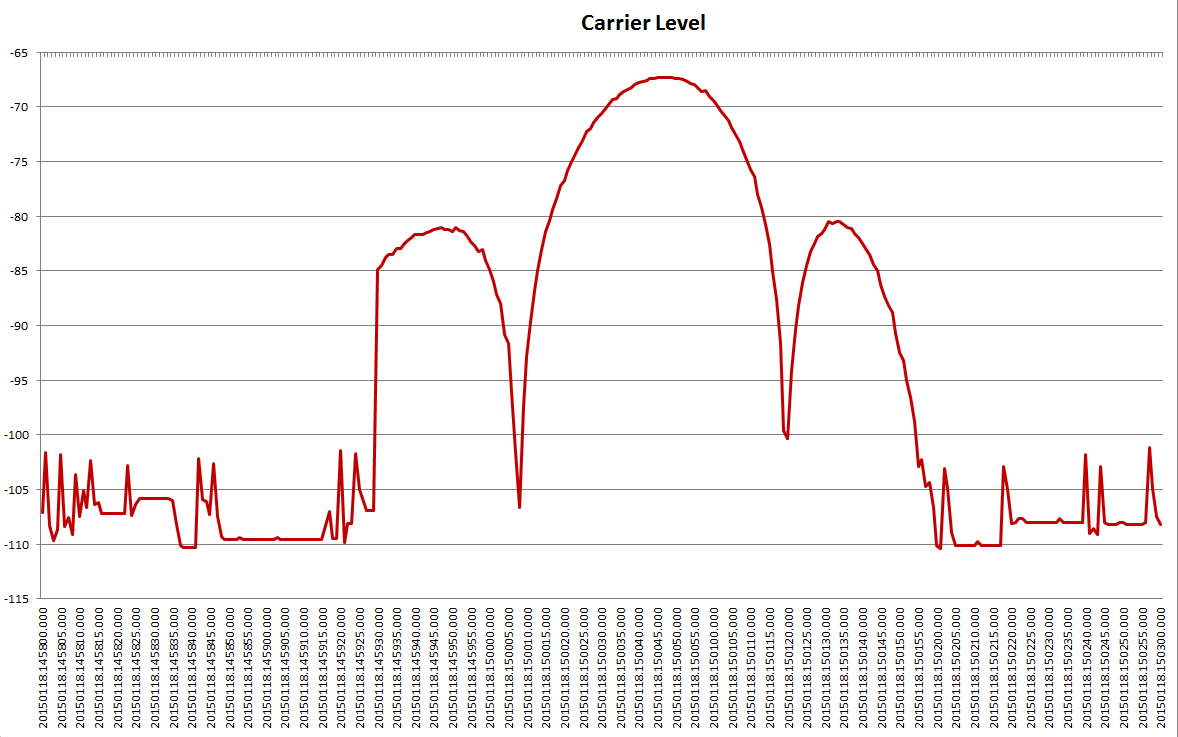 Around 15:00z on Sunday, 18 Jan 2015, there was a massive spike in the carrier signal level coming from Venus Express – over 30 db! This was the last signal received. Credit: ESA

“The signal is gone, while the spacecraft may continue orbiting Venus but under conditions which do not allow us to receive a signal. We will most likely continue to monitor next week in any case,” says Patrick Martin, the Venus Express mission manager.