On Sunday, 2 November, ESA’s Proba-2 – the little satellite that could – will celebrate 5 years in orbit. This post was contributed by Juha-Pekka Luntama, Head of the Space Weather Segment at the Agency’s Space Situational Awareness (SSA) programme office, ESOC, Darmstadt, Germany. 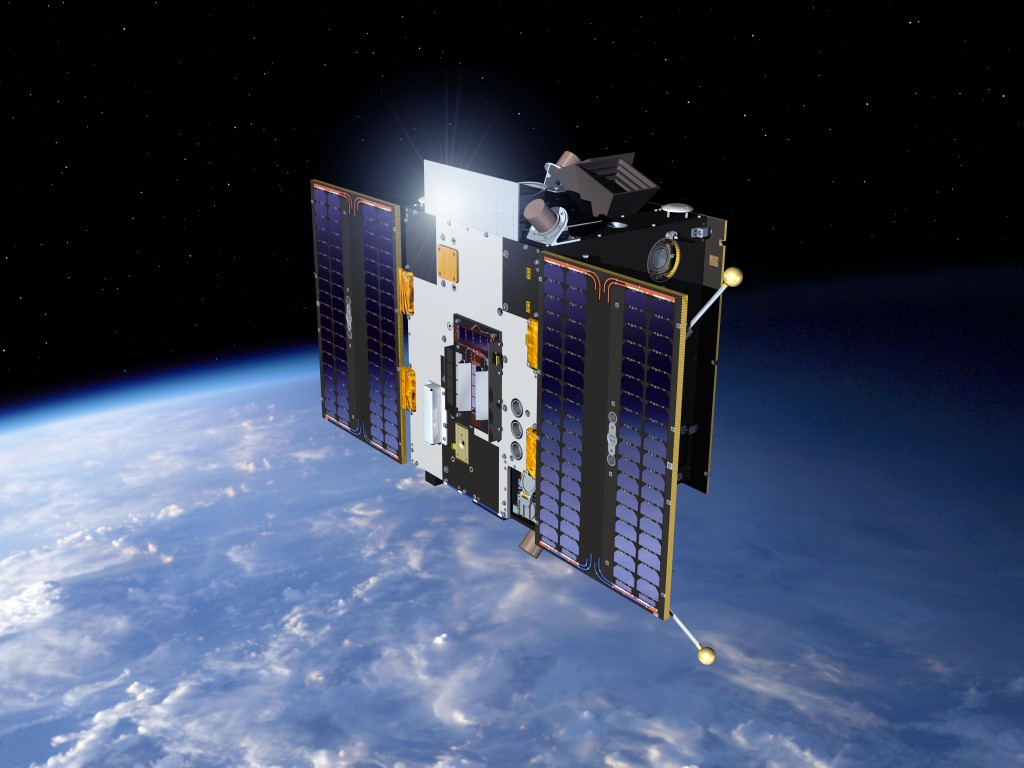 The Proba-2 satellite was launched on 2 November 2009 as part of ESA’s in-orbit Technology Demonstration Programme. This mission includes technology demonstrations and solar and space weather experiments that were selected in mid-2002 following an open ESA Announcement of Opportunity.

The mission has been extremely successful verifying, in the harsh space environment, new technologies that will make future European missions more capable and efficient.

Examples of the new technologies demonstrated by Proba-2 include a new type of lithium-ion battery, an advanced data and power management system, combined carbon-fibre and aluminium structural panels, new models of reaction wheels, and much more (see full list in the main ESA website).

The solar and space weather experiments on board Proba-2 are:

Both DSLP and TPMU were developed by a Czech consortium, led by the Institute of Atmospheric Physics, Academy of Sciences of the Czech Republic.

Because of the importance of Proba-2 data for European space weather services, ESA’s Space Situational Awareness (SSA) programme took over management responsibility for the mission on 1 July 2013. Precursors of these space weather services are under development within the Space Weather (SWE) Segment of the SSA Programme.

In particular, the solar monitoring data produced by the LYRA and SWAP instruments are used used by the Solar Weather Expert Service Centre (ESC) coordinated by the Royal Observatory of Belgium (ROB). This centre has the responsibility for generating solar weather data products and services to various end users throughout Europe.

The latest LYRA data and SWAP images are available to SSA end-users through the SWE Segment service portal (https://swe.ssa.esa.int).

Space environment data provided by DSLP and TPMU are used in the modelling of the space radiation environment supporting analysis of spacecraft anomalies and in the engineering of more efficient spacecraft in the future.

The PROBA2 Science Centre, located at the Royal Observatory of Belgium, Brussels, oversees scientific operations and data processing for Proba-2. The Science Centre has established a dedicated web portal (https://proba2.sidc.be/ssa) for SSA services displaying the latest observation data from LYRA and SWAP in an easy-to-use and visually attractive format.

On 2 November, everyone involved with this remarkably useful mission will celebrate its 5th birthday, looking back on 60 months of highly successful technology demonstration and the provision of unique solar and space environment monitoring data.

The spacecraft is in a very good health and the mission team and the ESA SSA Programme are looking forward to the coming years, producing important data supporting space weather services and advancing space science.

On 2 November 2009, ESA launched two satellites on top of a Rockot vehicle from the Russian Cosmodrome of Plesetsk, 2000 kms North of Moscow: SMOS to study our planet and Proba-2 to test new technologies.

Editor’s note: The title of today’s blog post refers to Proba-2’s triple multi-role life. It began life as a technology demonstration mission, was later operated as a science observatory and – as Jussi Luntama mentions in the text above – is now orbiting as a space weather sensor platform managed by the SSA programme.