This update was provided this morning by GOCE Spacecraft Operations Manager Christoph Steiger at ESOC.

This morning, GOCE is at an altitude of roughly 170 km, with atmospheric drag levels at an average of over 50 mN (milli Newton). The geomagnetic field was unsettled yesterday, leading to peaks in drag above 100 mN. 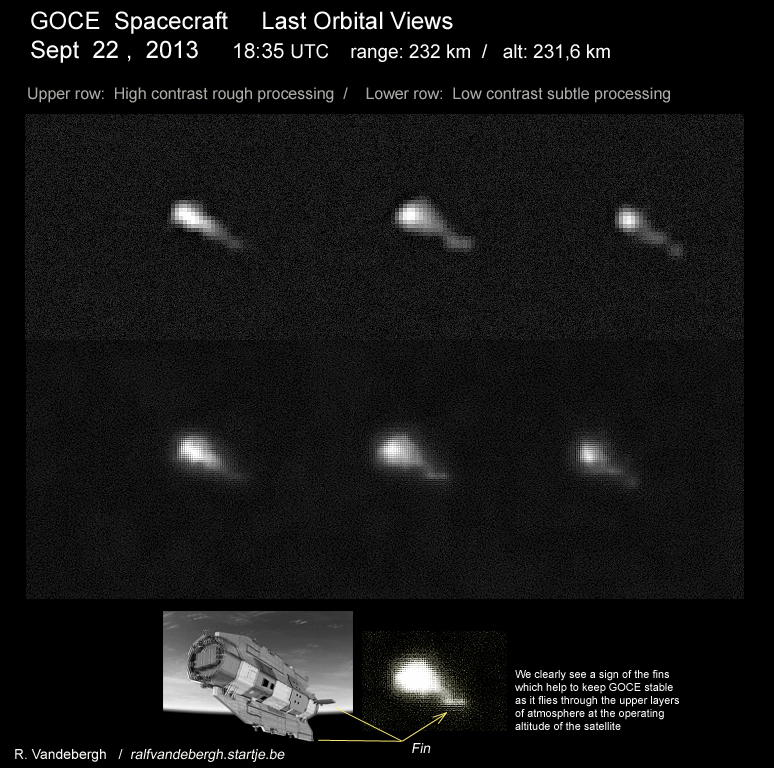 GOCE seen in orbit on 22 September 2013 from The Netherlands. Credit: R. Vandebergh

The spacecraft keeps performing excellently at these extreme conditions, exceeding our expectations. We are still getting good acceleration data from the Gradiometer, which may be of much value for atmospheric density studies. We will however be seeing more and more saturation on the accelerometers as drag levels go up. The two scientific GPS receivers – the so-called Satellite-to-Satellite Tracking Instruments (SSTI) – are also still fully operational.

Apart from collecting scientific data, conducting operations at these extremely low altitudes allows us to assess the performance of the spacecraft and the ground segment (i.e. the ground stations) in conditions far outside the original design specifications.

GOCE will drop by more than 8 km today, with the drag now going up rapidly and the final re-entry into the atmosphere drawing closer and closer. As planned, we will keep operating the spacecraft as long as possible.