Earlier in October, the main ESA web site carried an article announcing the delivery of the Agency’s new debris test radar to its site close to Madrid:

ESA deploys first orbital debris test radar in Spain
15 October 2012
A new radar designed to test methods for finding orbital debris that can be hazardous to space navigation has been installed in Spain. The radar will be used to develop future debris warning services, helping to boost safety for European satellite operators.

The news is interesting from several aspects.

First, it’s the first of a pair of radars that will be used by the Agency’s SSA Programme Office (at ESAC, close to Madrid, Spain) to test, validate and develop techniques for detecting space debris.

Debris objects in low earth orbit, typically up to about 2000 km, are best discovered and tracked using radar, while debris in geosynchronous orbit, at 36 000 km, are best detected via optical methods. (For background on why space debris is a growing issue, access here and here.)

The second radar, now being designed, will use a ‘bistatic’ architecture, in which the transmitter and receiver are separated by a much larger distance (up to several hundred kilometres). This second radar will be installed in France.

Third, while the radars are being designed and built by Spanish- and French-led industrial groupings, a significant portion of the crucial specification and evaluation work is being done ‘behind the scenes’ right here at ESOC.

I spoke earlier with Magdalena Mendijur, a radio engineer working on ESOC’s Ground Systems Engineering team, and she provided some interesting details on her project work.

Who are some of the experts at ESOC working on SSA radar development?

Several of us from the ESTRACK antenna engineering team are now contributing to the SSA radars. We also have support from colleagues working on the ESTRACK operations team and from ESA’s Space Debris Office, also located here at ESOC (background on ESTRACK network technology – Ed.).

What work are you doing?

We’ve set the requirement s and reviewed the initial technical studies on the mono- and bi-static designs, and we’re developing new software, analytical and performance measurement tools, and we’re working with the industrial teams to review their plans and designs. We’re also doing the on-the-ground site acceptance work in Spain, when the contractors who build the actual radar buildings and infrastructure finish their work and hand over to ESA for use. 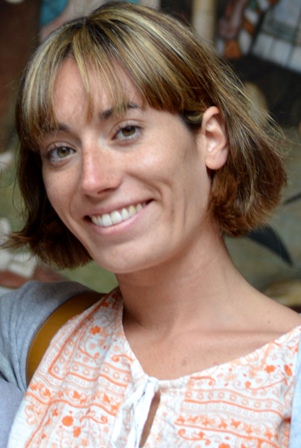 Several of the colleagues at ESOC are also involved in related work, such as securing frequency allocations from the national regulatory authorities (see “Coordinating radio waves that carry space data” – Ed.).

How will these radars actually work? Is it similar to an air traffic control radar?

To detect debris objects, some of which can be very small – just a few centimetres in diameter – and predict whether they might be a hazard to an operational satellite, it is necessary to scan an area of the sky and build up a ‘track’, or history, of an object.

Once an object is first detected, we need, typically, three or more detections (all sufficiently accurate) to confirm that it is an object (and not just a false signal) and then many more to determine its actual orbital track.

Also, the radars are based on phased-array technology, in which the beam is electronically steered by changing the relative phases of signals emitted from the individual elements of the antenna array through a process called ‘beamforming’.

Does an operator on site watch what’s happening?

In our test radars, there will be a visual interface that an operator at the radar could see, but that’s not so critical; what’s more important is that the object track data – a ‘track’ – is sent onward to ESA’s Space Surveillance and Tracking Centre at ESAC, so that we can validate the end-to-end processing chain that will be used in the future to make conjunction predictions and, ultimately, issue real-time collision warnings.

Since the system has been designed to evaluate and test new technologies for surveillance radar development, it is not expected to detect the very small objects that would contribute to an operational debris catalogue. However, it has been designed to be able to detect objects of sufficiently small size to allow technical evaluation to take place. In short, they don’t have sufficient detection capability for operational use; these radar demonstrators will integrate the main functionalities regarding signal processing, survey, detection and tracking. They can be used for testing and evaluation.