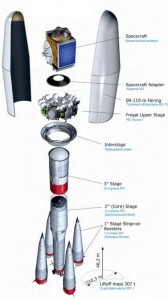 Few people realize how complicated a launch actually is. Gaia is launched with a Russian-built Soyuz rocket, which has three stages. In fact, it ignites the first and second stage at the same time and the third stage is ignited before the second stage is burned out. The three main stages take the payload (spacecraft) into orbit around Earth. Then the Fregat upper stage takes over. The Fregat stage is also Russian-built. With some complicated manoeuvres, it brings the satellite on course to its final destination, the L2 point. Once the Fregat has done its job, it separates from the satellite, and the satellite starts working autonomously from then on.

When the satellite detects the separation from the Fregat, the first thing it will do is switch on its communication system, so the ground station can see the telemetry (data coming from the spacecraft to Earth), which is then used to judge the health of the satellite and to follow its trajectory. One of the most important next steps is to deploy the sunshield (an animation of the deployment has already been posted in this blog on August 29th). However, to do so, the satellite first needs to face the Sun with its sun shield side, so the optical instrument is in the shade. The instrument is designed to measure the very weak light coming from very faint stars, so an abundant flood of direct sunlight will damage the instrument. 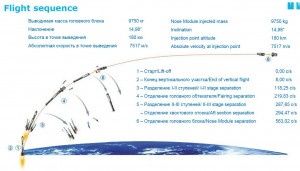 Orientating the spacecraft is done with the CPS, the Chemical Propulsion System. There are in total 16 thrusters on board, which are then used individually or in combination with each other. However, before they can be used, they need to be “primed”, meaning leftover air from Earth’s atmosphere needs to be vented from the pipework, fuel tanks needs to be pressurized, and the propellant needs to be guided to the individual thrusters in a safe way. Only then, when the CPS is ready, will the on board computer re-orientate the satellite, with the aid of its on board sun sensors and gyroscopes.

All this, from lift off until deployment, is done automatically. It is all pre-programmed and no manual intervention is possible or needed. The launcher (Soyuz and Fregat) is delivered with its own flight program, under responsibility of the Russian authorities. The Gaia project team is responsible for all the autonomous operations that the satellite has to do. Since this is such a critical phase for the whole mission, this is one of the most important tests to do on ground before launch, the so-called LAM test (Launch & initial Acquisition Mode). This test was successfully run last Saturday morning. Although part was simulated (e.g. the sunshield is not mounted yet), it was proven that all the steps are programmed correctly and executed at the right time in the right order. We’re again one step closer to launch!