Sentinel-3B: under the table and getting ready to fuel

After having Sunday off – a very much appreciated rest day – we went back to the MIK yesterday morning with our batteries recharged, ready to continue our adventure.

The weather is still making the roads difficult. One of yesterday’s tasks was to transport the ‘launch pad power supply’ to what we call the under-table room, which is a vault under the launch pad. This all went smoothly thanks to the support from the Khrunichev Space Research and Production Center (KSRC) who provided a massive truck equipped with a crane and a team to help with the loading and unloading.

Preparing to transport the launch pad power supply to the under table room. (ESA)

By lunchtime, the launch pad power supply was installed in the vault. Once its temperature has settled it’ll be tested.

There was a lot of to and fro in the MIK, between the General Hall and cleanroom 101B as anything that isn’t needed for fuelling Sentinel-3B had to be removed. Also the ground support equipment needed by KSRC to continue preparing the launch adapter and the rocket fairing had to be brought inside. This meant we had to coordinate really well so as not to get in each other’s way. 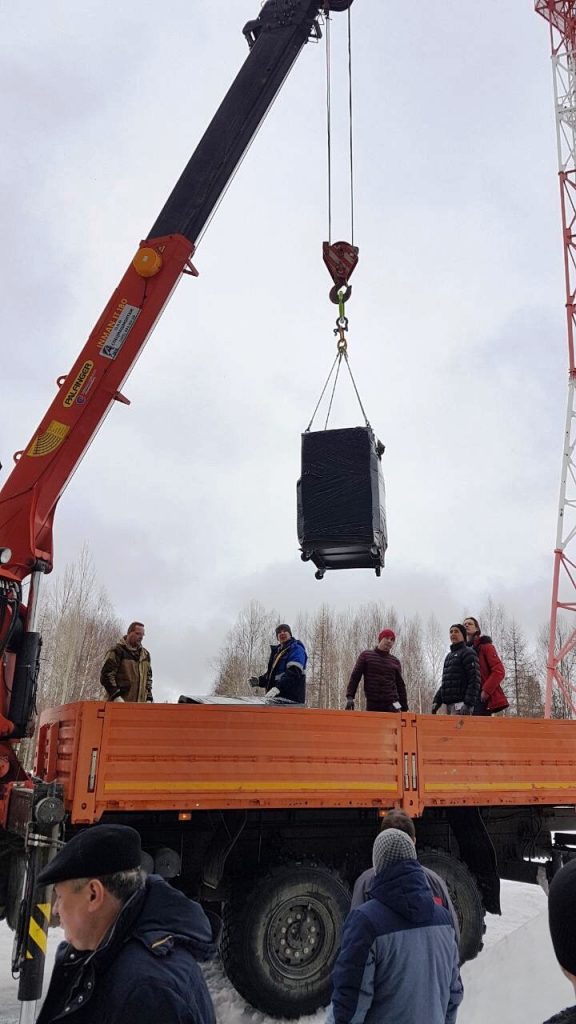 In 101A, the satellite activities proceeded as foreseen with the arming of the solar array deployment lines. The mechanical configuration of the satellite is now ready for the fuelling.

The propulsion team continued with the set-up and validation of the fuelling station. They also received their scape suit training and rehearsed safety procedures. So far, so good.

In 101B, KSRC carried on with some more cleaning, focusing on the launch vehicle adapter and on the internal thermal blankets of the fairing.

Once the main AIT team had completed their activities of the day, we all had to leave the MIK. Only a small group of propulsion experts could stay into the evening to place the hydrazine drums on the fuelling platform, which is a hazardous activity so the building has to be effectively evacuated.

So, step by step, everything is being put in place to start fuelling on Wednesday 11 April, following the authorisation which should be given on Tuesday. In parallel, the Breeze upper stage will also start its journey by train to its fuelling station.

The weather in Plesetsk snow but sunny –2°C/+4°C

From the ESA Sentinel-3Blaunch campaign team in Plesetsk