The Sentinel-3B shipment has now arrived safely at the Plesetsk Cosmodrome and the team has been busy getting everything into the facilities.

The Antonov cargo aircraft left Nice, France, in the late evening on 15 March. The flight had been delayed a couple of days because of ice on the runway at Arkhangelsk. Such a heavy aircraft needs a particular ‘braking coefficient’ to land safely. 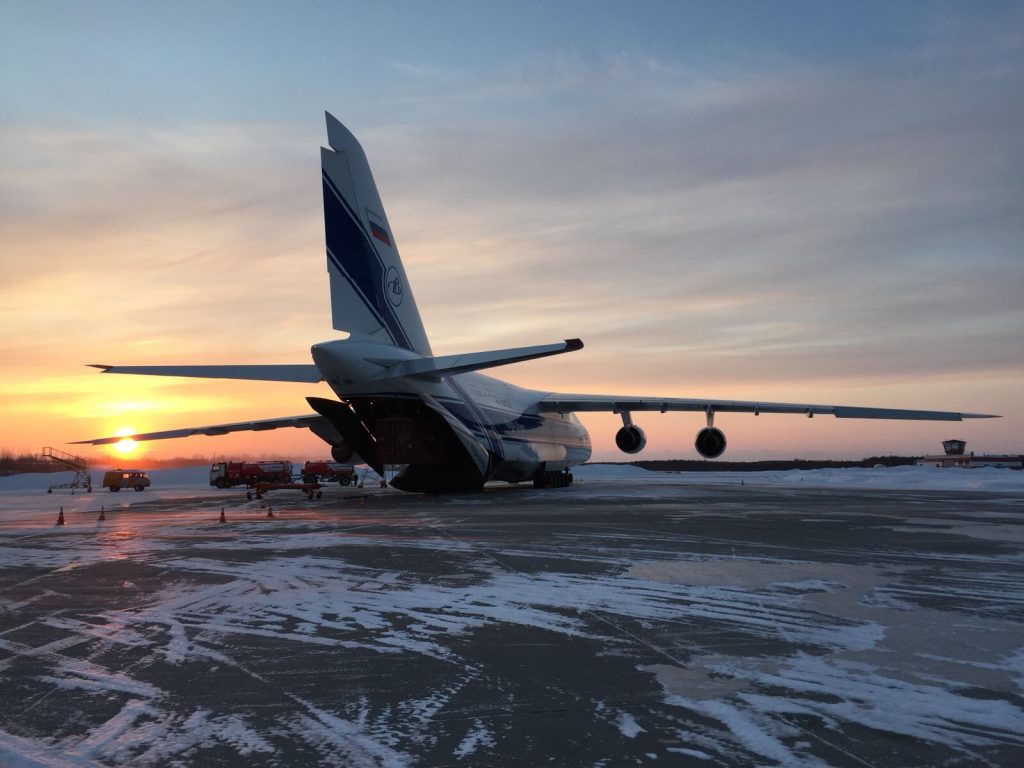 After a stopover in Moscow to clear the paperwork, it was onto Arkhangelsk, where the weather had improved compared to the days before. 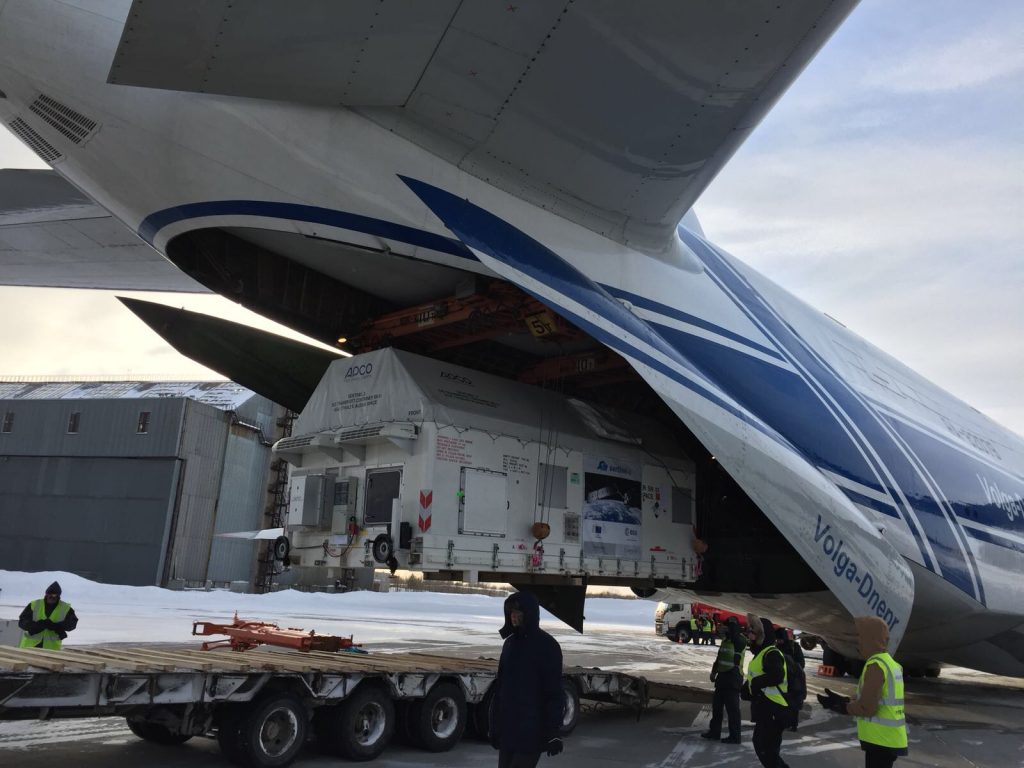 Then the cargo, which included the container holding Sentinel-3B and a number of other containers of equipment needed to prepare the satellite for launch, was off-loaded and transferred by lorry to a train for the onward journey to Plesetsk.

The team had to endure temperatures of –15°C but actually felt like –21°C with the wind-chill factor … and by the time they were done, around midnight, it had dropped to –22°C ….. that’s –29°C taking the wind chill into account ….brrrrrrr!

In fact, people could only work outside for around 15 minutes at a time and had to have a five-minute break in the bus or train to warm up before going out again.  It was pretty tough.

Once everything had been loaded onto the train, the team was pleased to get back to the hotel where the staff welcomed them with some much-appreciated hot soup.

After being babysat – monitored – for 24 hours and the convoy thoroughly inspected by the railway authorities, the train left Arkhangelsk early on 18 March and arrived early later that day.

Then with clear sunny skies, it was full steam ahead to get everything unloaded and into the launch facilities. 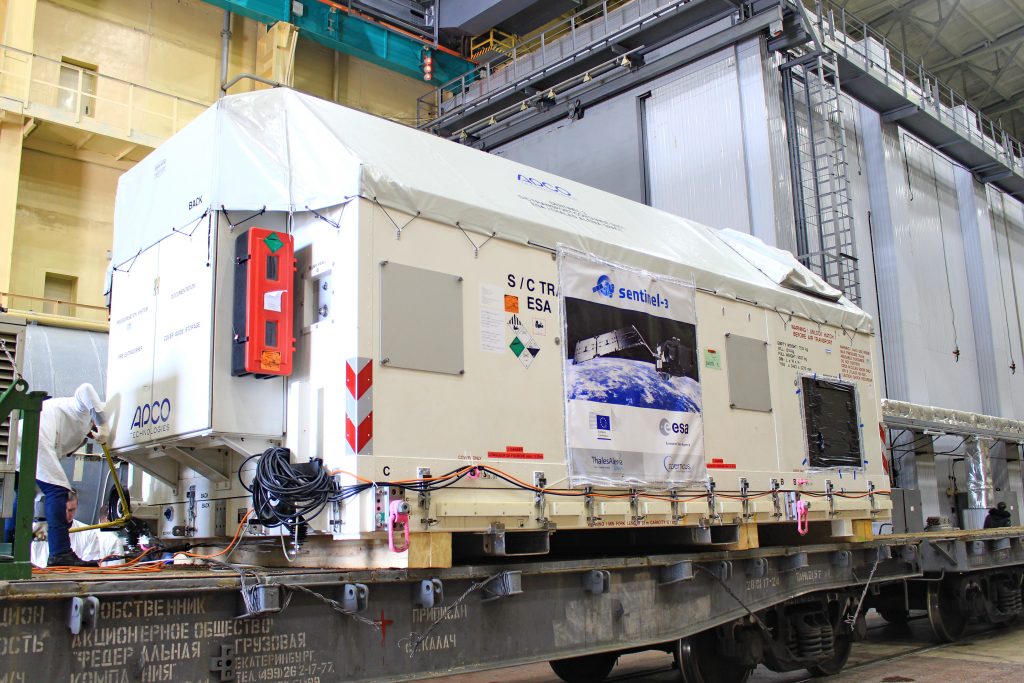 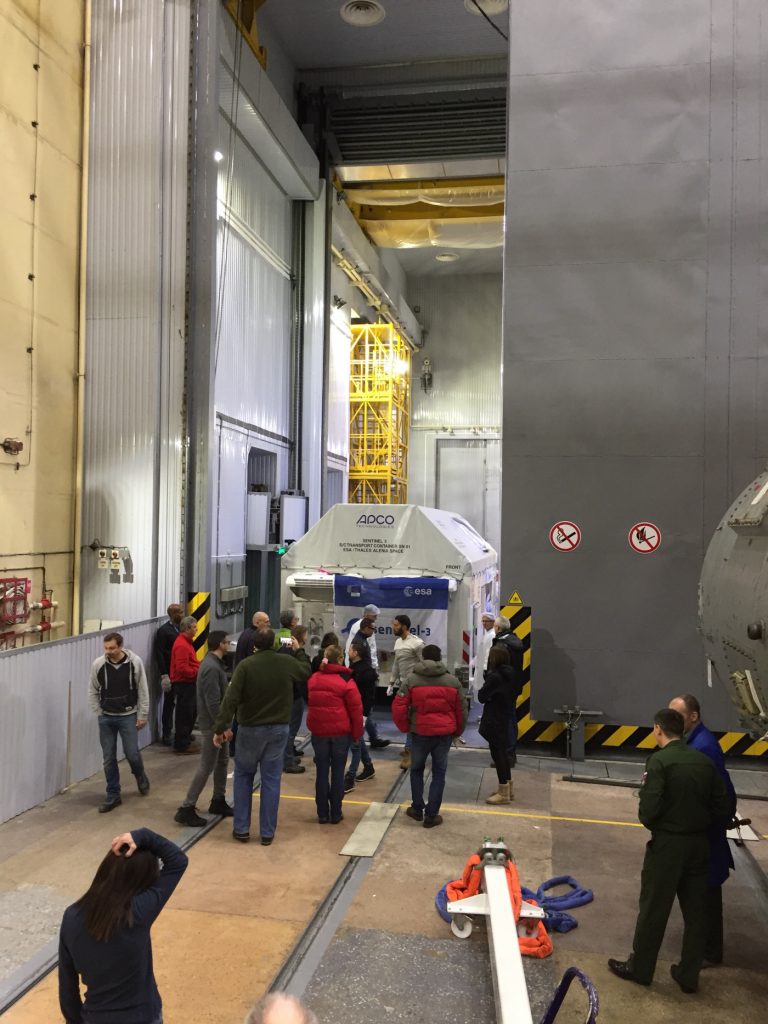 Since then the team have been busy unpacking the containers and preparing to open the special one – the one holding their baby: Sentinel-3B, which is planned for Wednesday 21 March. This also involves making sure the outside of the container is nice and clean.

The weather in Plesetsk is a relatively mild –3°C, turning colder.

From the ESA Sentinel-3Blaunch campaign team in Plesetsk