With the Sentinel-2B satellite now safely in orbit around Earth, the team at Europe’s Spaceport in Kourou spent the weekend packing up to return to Europe. They have been there since the beginning of January and although some have had a break back home, it’s been an intense two months preparing the Copernicus Sentinel-2B satellite for liftoff. 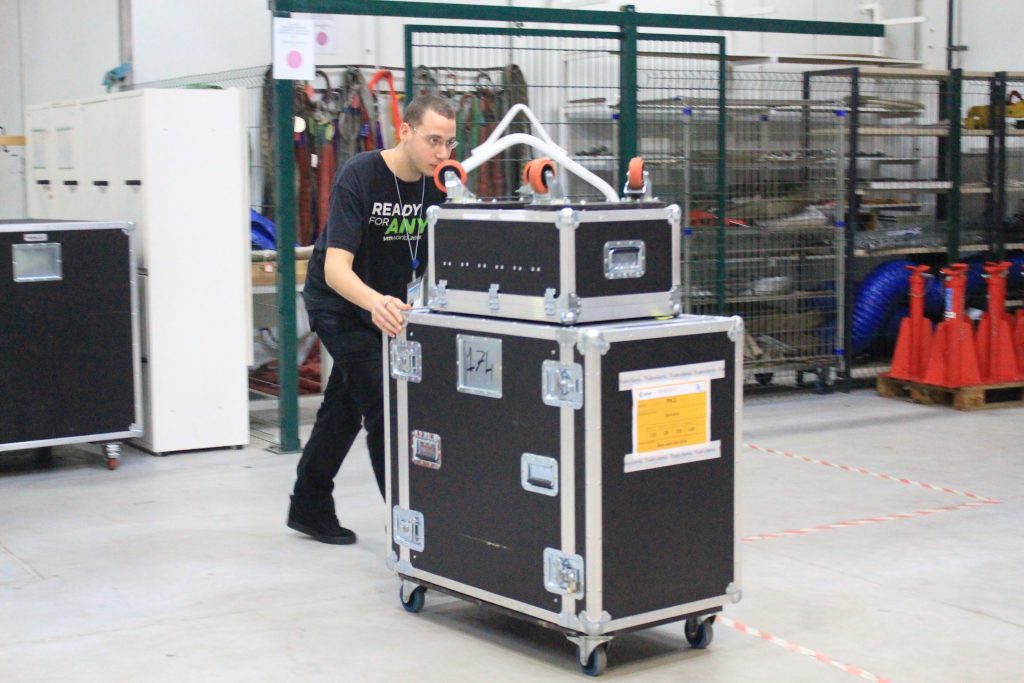 The launch campaign involved thoroughly testing the satellite and making it ready to be encapsulated inside the Vega rocket fairing, rehearsing the launch with colleagues in ESA’s operations centre in Darmstadt, Germany, and more.

A launch campaign is the last step after years spent developing and building a satellite – and all this hard work paid off after the signal came that the satellite was in orbit and its solar wing had deployed so can generate energy. 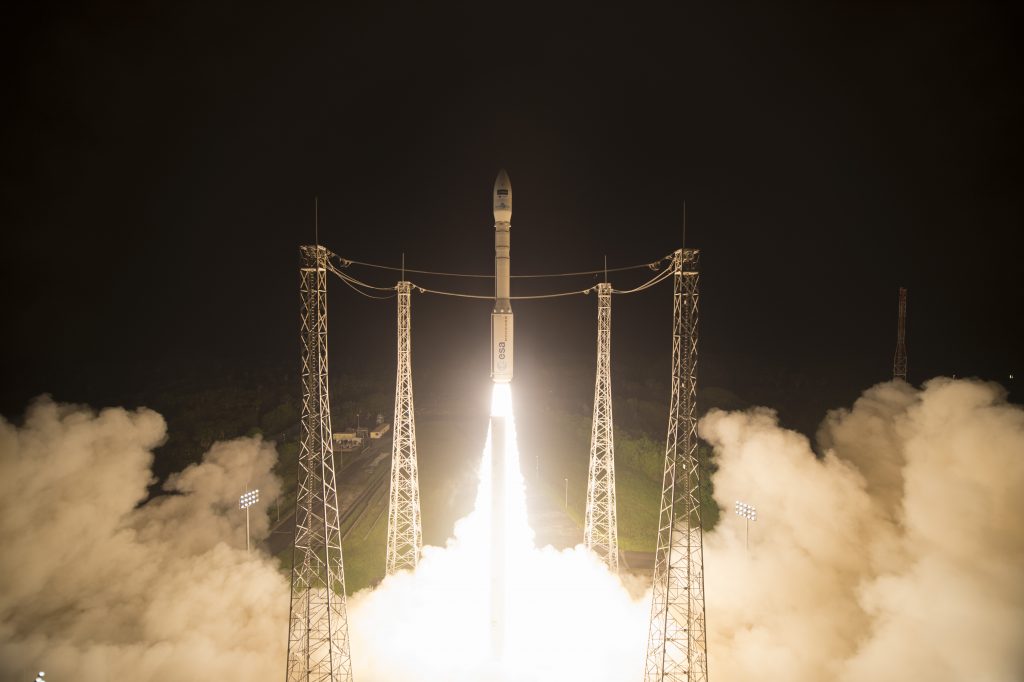 The first stage separated 1 min 55 sec after liftoff, followed by the second stage and fairing at 3 min 39 sec and 3 min 56 sec, respectively, and the third stage at 6 min 32 sec.

After two more ignitions, Vega’s upper stage delivered Sentinel-2B into the targeted Sun-synchronous orbit. The satellite separated from the stage 57 min 57 sec into the flight.

Telemetry links and attitude control were then established by controllers at ESA’s operations centre in Darmstadt, Germany, allowing activation of Sentinel’s systems to begin. The satellite’s solar panel has already been deployed.

Naturally, this point of success was cause for much celebrating, both in Kourou and in Europe. 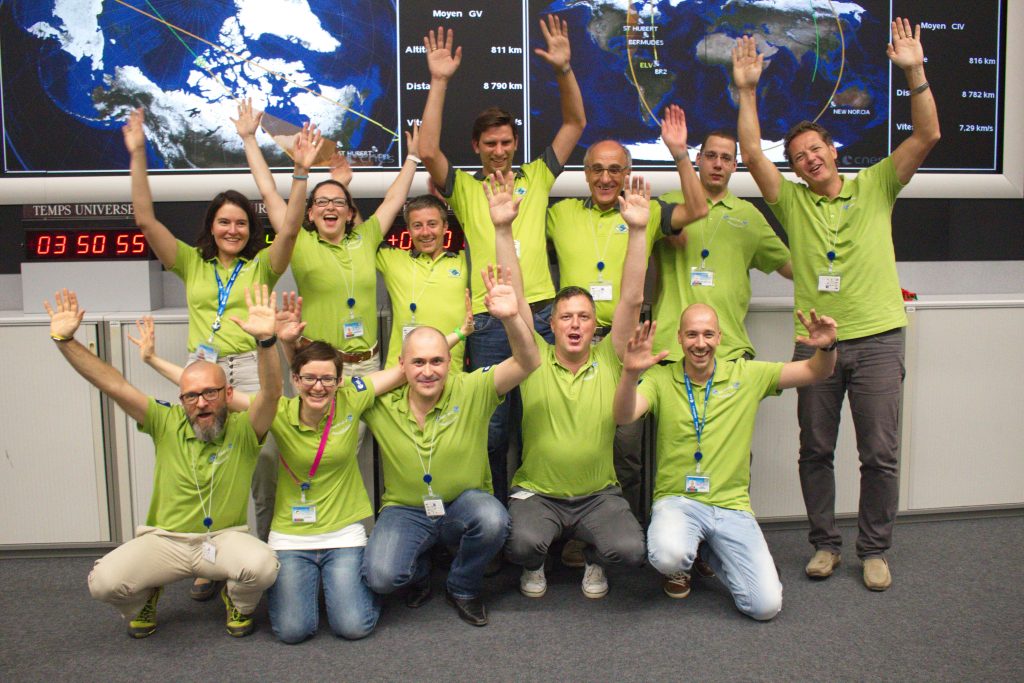 The optical imaging Sentinel-2 mission is based on a constellation of two identical satellites: Sentinel-2A, which was launched in June 2015 also from Kourou, and Sentinel-2B. Although launched separately, the satellites are placed in the same orbit, flying 180° apart. Every five days, the satellites jointly cover all land surfaces, large islands, and inland and coastal waters between latitudes 84°S and 84°N, optimising global coverage and data delivery for Europe’s environmental Copernicus programme.

Each Sentinel-2 satellite carries an innovative high-resolution multispectral camera with 13 spectral bands for a new perspective of land and vegetation. The combination of high-resolution, novel spectral capabilities, a field of vision covering 290 km and frequent revisit times will provide unprecedented views of Earth.

While mission controllers get on with the four-month task of checking and calibrating the satellite and instruments, it’s time for the Kourou team to head home for a well-deserved rest. 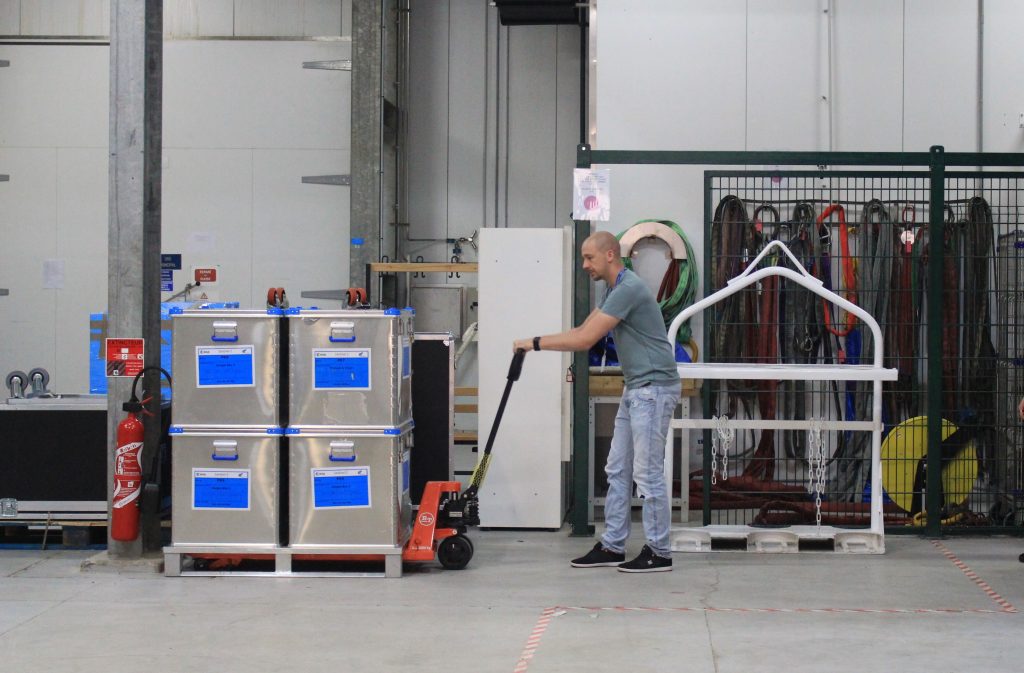 With the ‘party over’, the remaining team members spent the weekend packing up the many pieces of equipment that was used to support the campaign and prepare for shipment.

From the ESA launch campaign team in Kourou.

Read more about the Sentinel-2 mission