Today, around 14:00 local time, the two halves of the fairing were finally closed and Sentinel-3A disappeared from sight. It was a very emotional moment after so many years of hard work.

This morning the fairing, which had been temporarily closed around the satellite for protection overnight, was re-opened and the very last ‘non-flight’ elements were removed.

Then the satellite had its last inspection before being encapsulated in the fairing. Every surface was checked and photographs were taken of every side and every element so that the state of the satellite surfaces were fully documented before it was sealed from view.

Finally, the drawers containing all the removed non-flight items were checked against the list to make sure that everything had been properly removed from the satellite. Then authorisation to proceed with the encapsulation was given. 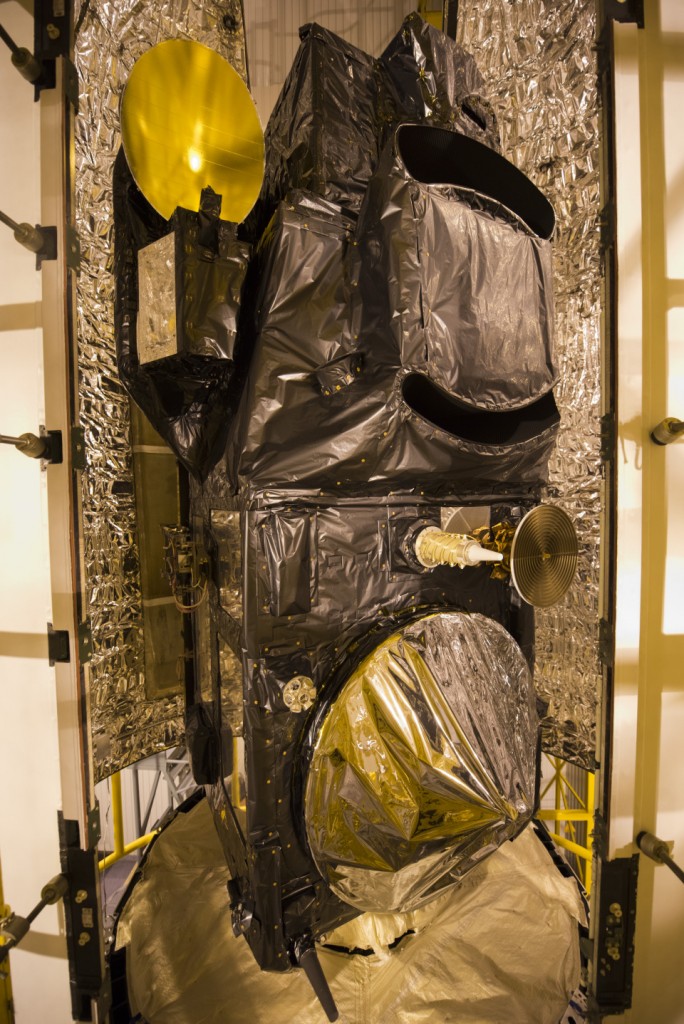 Sentinel-3A a tight fit in the fairing half shells. (ESA)

After we’d taken a few team pictures close (but not too close) to the satellite, the Military team took the lead and started their work. 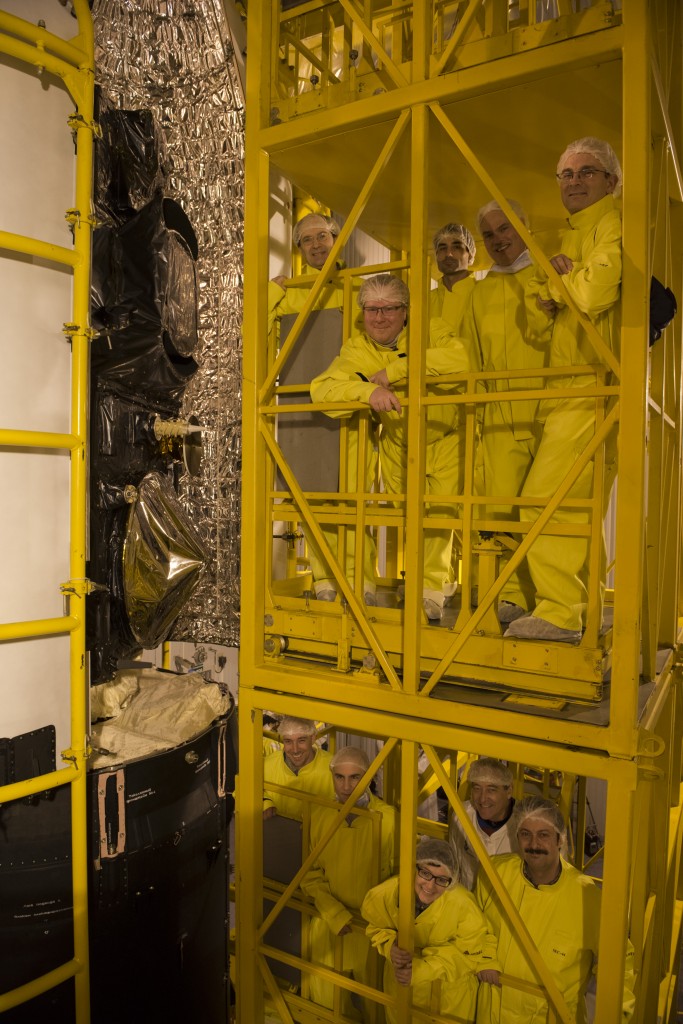 The process of closing and sealing the fairing can last up to 13 hours and it is currently still ongoing. It involves a lot of locking and checks of separate elements, sealing of the various apertures and mounting of the ‘tip’ of the fairing. These are all considered long, but routine tasks.

The first time we will be able to touch basis again with the satellite will be late tomorrow morning, when a switch on and quick electrical check out will take place.

The roll out of the upper composite to the launch pad, where the Rockot booster is waiting for us, will take place early Friday morning.

GREEN is becoming even more GREEN for the launch!

For information about our Sentinel-3 mission visit www.esa.int/sentinel-3

From the ESA Sentinel-3A team at the Plesetsk cosmodrome in Russia.