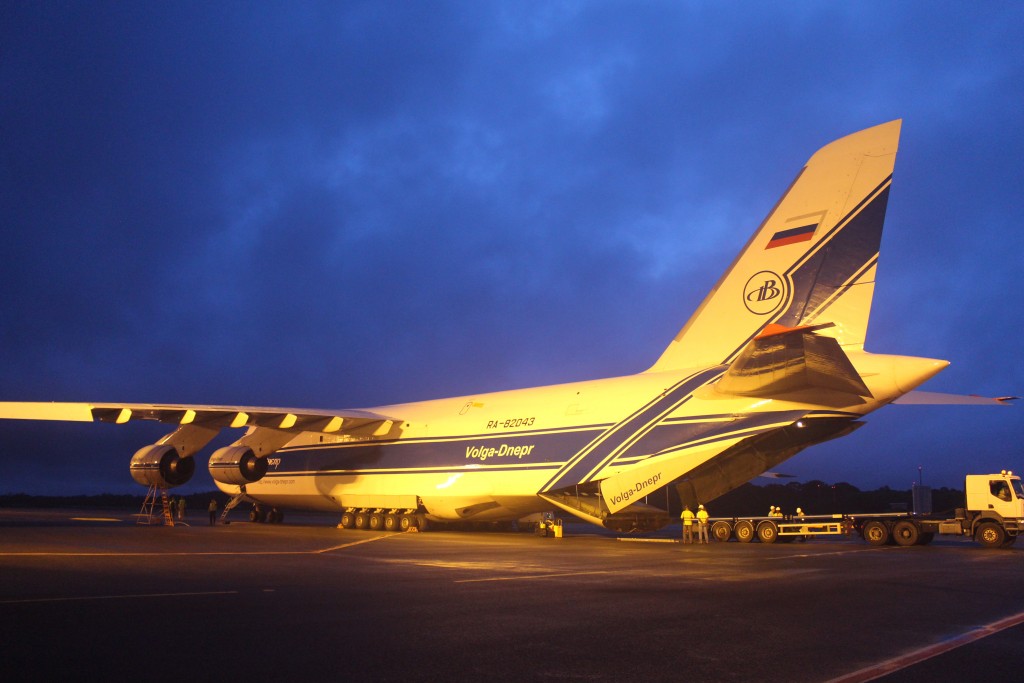 The team had a very early start as they were there by 06:00 (local time) – ready and waiting to unload the precious cargo. Four containers in all were carefully positioned on trucks for the journey to Europe’s Spaceport in Kourou about 60 km away. 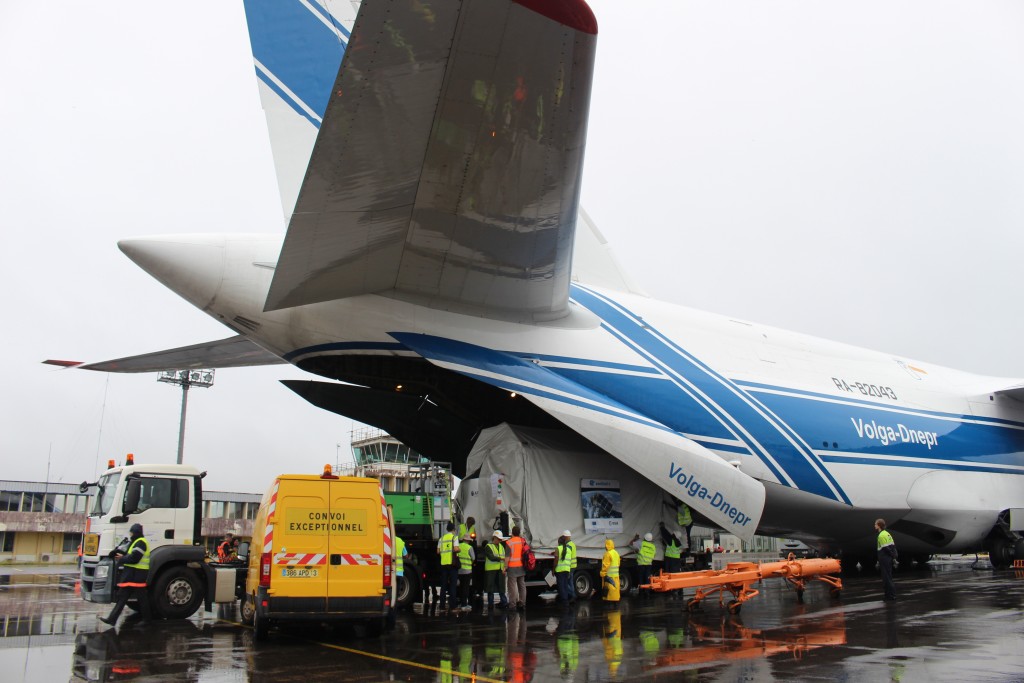 The last container held the Sentinel-2 satellite. Before the convoy left the satellite’s air conditioning was connected.

Arriving at the Centre Spatial Guyanais (CSG) around 10:45, the convoy headed for ‘S5’ – the area where the cleanroom and the team’s offices are located. 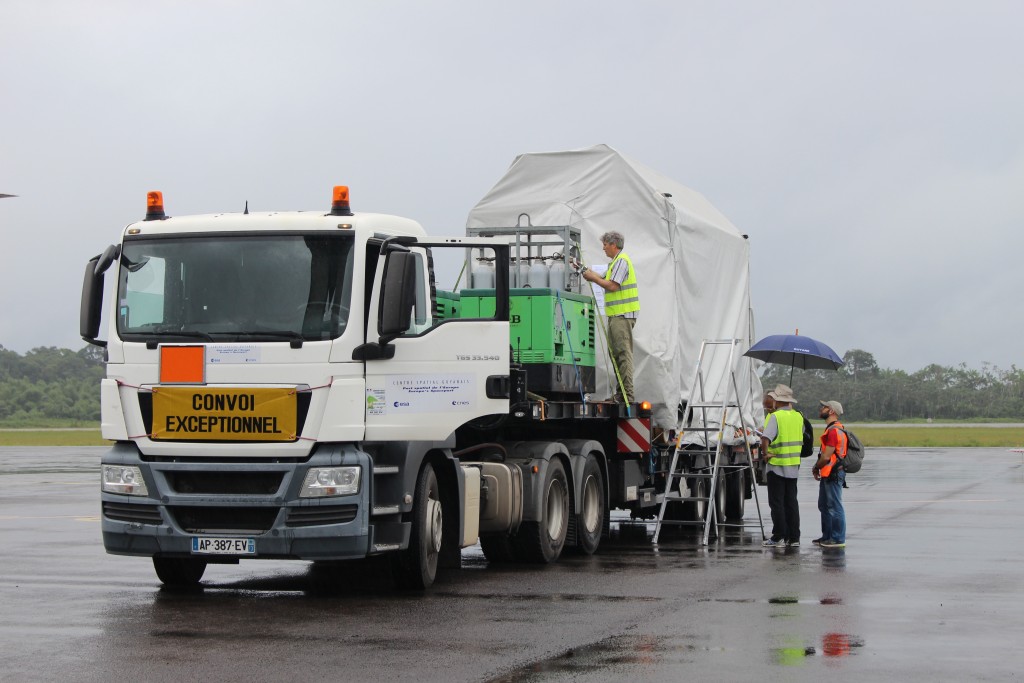 One of the containers on a truck for the drive to CSG. (ESA/C. Wildner)

Today, the container will be opened and the satellite will be checked before the full testing programme starts to ready it for launch. 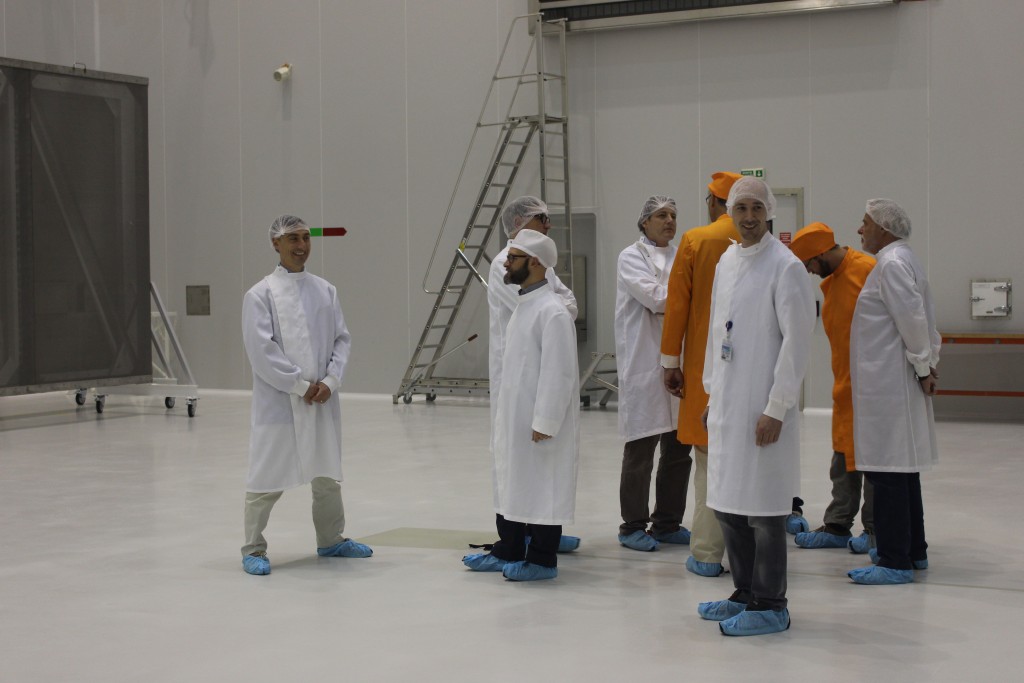