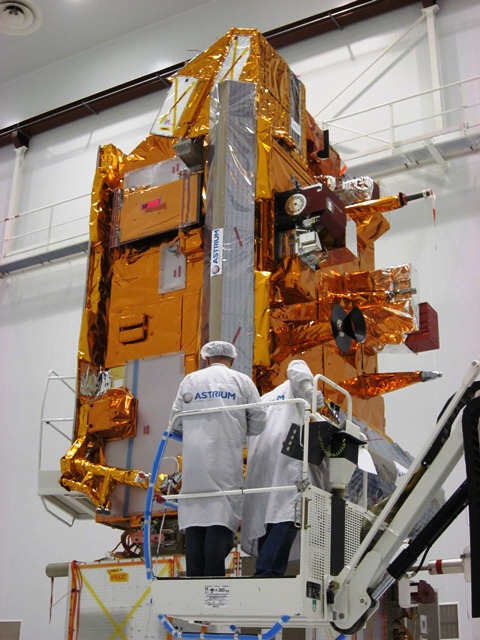 The photo was taken this morning and shows engineers doing a functional test of the antennas. This afternoon they are checking the alignment before they eventually attach the solar array to the satellite. The large array, which weighs in at over 200 kg, will be gently deployed when MetOp-B is in orbit. This procedure takes around 15 minutes and happens in two stages: the solar array arm first rotates and then the large eight-section panel opens out to face the Sun.

The photo below gives an impression  of just how big the MetOp satellites are. In fact, after Envisat, MetOp is the largest Earth-observation satellite built in Europe.