A Planet that is furthest from and an ode to fiction

ESA-sponsored medical doctor at Concordia, Adrianos Golemis, sent his blog entry written weeks before the start of his Concordia adventure:

It is September, the beginning of Autumn in the Northern Hemisphere, Spring in the South. I was starting to think more globally since I had decided that I would join the Concordia winterover expedition.

Ten days of vacation with Judith in the Greek island of Santorini were really refreshing and helped shape my decision. In the summer sun, surrounded by nice people, fearfull thoughts are far away!

After graduating from the International Space University in Strasbourg at the end of August, I had one week to spend with my family in Greece before I set out for China, where I I attended the International Astronautical Congress with colleagues, one of the greatest annual events for the space community. This year, the hosts were Beijing.

That same week was all the time I had to pack my belongings for one year! So with my parents’ help I dedicated most of the time to preparations. When you travel to Concordia, the luggage you can take is limited, as when you travel to any country by plane. Still, to endure the isolation of the winter it is a good idea to bring  a multitude of things such as personal memorabilia as well as useful tools. All these have to be packed and sent to the French Polar Institute, IPEV, located at Brest, Bretagne. From Brest they are loaded first onto planes and then onto ships, to cross half the Earth’s latitudes before they arrive to a coastal Antarctic Station such as the French Dumont D’Urville, in Terre Adelie. Then, the most exciting part of the journey begins: containers with fuel and other commodities traverse the Antarctic mainland to reach Concordia, on raid vehicles. The journey lasts eight days navigating by GPS and radio communications as the only reference. I would love to participate in such an adventure, although given my job at Concordia, this is rather unlikely. At least my belongings will enjoy the experience!

We are allowed to ship up to 120 kg to Concordia in this way. Among the things I packed were two bottles of Greek Ouzo which I hope to share with my winterover companions, provided they survive the frosty temperatures and come out intact.

There were a few funny moments as I bought supplies for one year on the ice. For example, I had never before thought how much toothpaste I would need for a year. I just went to the nearest supermarket to buy some when the tube ran out. Yet next year I would not have this luxury! After finishing packing for Concordia, I began packing for my trip to China. It was trivial in comparison.

The International Astronautical Congress conference in Beijing was very rewarding on the professional side and invaluable for meeting with old friends from every corner of our planet. I treasured these moments, knowing that it will be a long time before I am reunited with them. Luckily we had the opportunity to visit China too before we left.

On the roof of the world. Credits: A. Golemis

With my Greek friend Dina we dared the trip to Lhasa in Tibet. The cultural experience aside, it was a great journey because it allowed me to prepare for Concordia: the 4000 m altitude of Lhasa is equivalent to the 3200 m at the polar regions, like Dome Circe. This is because Earth is not entirely spherical, but (as the name suggests) shaped like a geoid. The difficulty sleeping, headaches, fatigue and shortness of breath that I experienced because of the altitude at Lhasa gave me a glimpse of what the start of my stay at Concordia would be like. It also provided me with a useful piece of advice: to completely avoid alcohol until i get used to the altitude.

On the return journey from Beijing, I had to travel through Munich and Lyon. Aside from the very distinct difference in accent between German and French, I hardly noticed entering the different countries. It all blended into my mind and I had the sensation that I was merely “back home, in Europe”. When you return from China, all the European languages appear to be so similar, sharing sounds and etymologies. The European Union flag, proudly waving in the middle mast on the top of Concordia Station, emits the same ambiance and gives birth to a similar feeling: Europe, united.

Considering my future abode, I soon began to ponder the truly astonishing similarities it bears to a human outpost on another planet, especially as depicted in science fiction. Scenes of many movies flung into my mind, until I revisited in my mind the fictional planet Hoth, a barren icy world, home only to a few isolated daredevils, who survive in the (mostly revered amongst fans) Echo Base. That is how the following score by the musical genius, John Williams, came to my mind…

To paraphrase George Lucas, “If there’s a bright centre to our planet Earth, Concordia is the spot that is farthest from”. The above musical piece was originally written for a desert planet, but I reckon it will do just as well for our remote shelter in the heart of Antarctica. 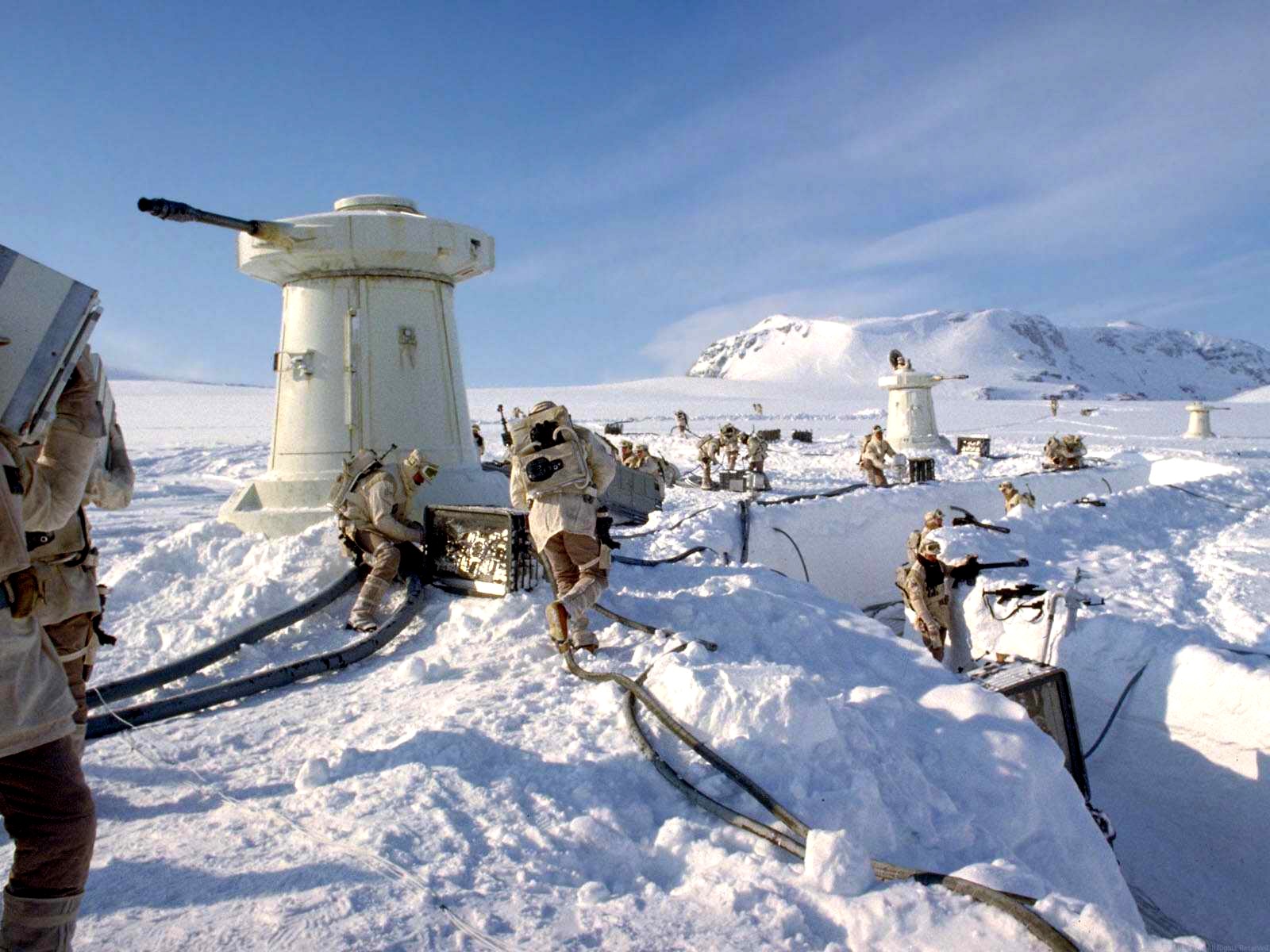 Among other things, this year I have the privilege to live in a place seemingly inspired by a fiction novel. I cherished this thought and immediately wondered about the much underestimated value of fiction. I sincerely doubt I would ever have applied for the Concordia post if I had never indulged in reading science fiction books or if my imagination had never been captivated by the exhilarating new worlds conceived by vivid minds, and shared through means of prose or picture.

Fiction and imagination is what bridges dry reality with the exciting potential of the future. Unfortunately, many people dismiss science fiction because of its “unrealism” or on the grounds that “these things would never come to be”. Even worse, many people watch fiction film and focus only on the optical effects or the action. In fact there are grains of impressive ideas in many science fiction works, grains worth cultivating in our minds and see the future spring out of them. But they usually lay in the background behind the action, harder to understand or to trace – and that’s also a mystical thing about them.

Arthur C. Clarke was one of the most renowned science fiction writers of late and also the Chancellor of the world’s first international university for space. Here’s a way to bridge a vision with reality…

Great ideas that enrich the present have been born out of fictional visions and dreams for the future. Let us not forget that the great visionary, Jules Verne, wrote fiction, before many of his imaginary creations sprung to life, to take hold of the present. Fiction stretches the vectors of reality to make them fit a larger, more complete perception of our world. So, next time you watch a science fiction movie or read a novel that touches upon new ideas for the future, give it some thought, it might lead you to the most improbable of places!

Soon I will be able to share my thoughts from my own “fictional” experience, in a place far, far away…҉