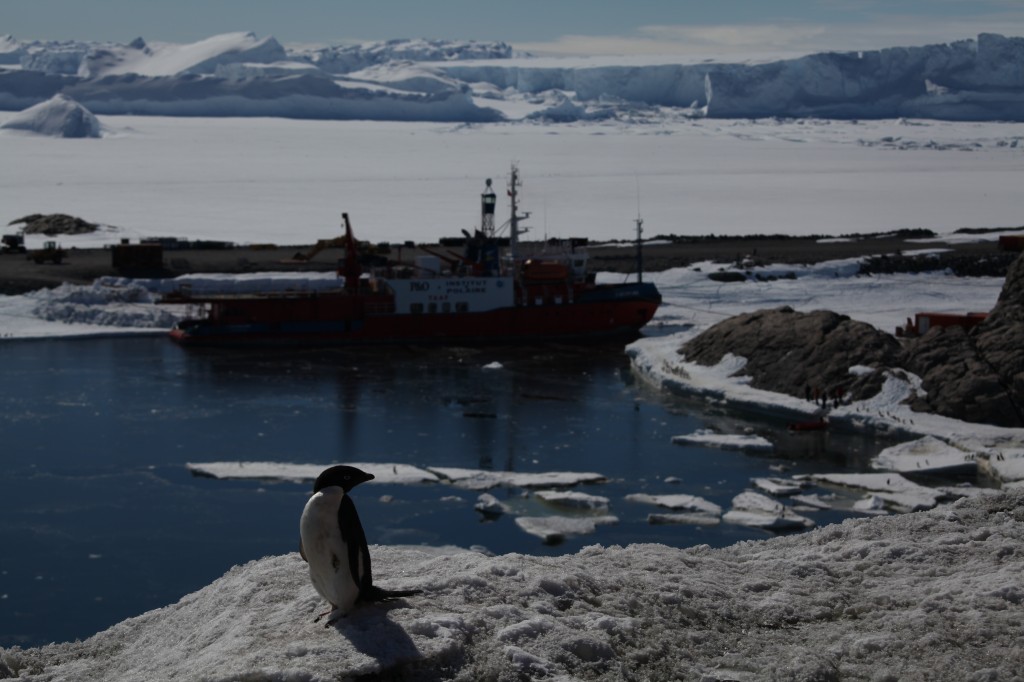 Alex writes: Since arriving in Antarctica, I want to ask ESA astronaut and fellow doctor André Kuipers to wave to us as he flies by on board the International Space Station and ask him what he sees. I wonder if he has seen Emporer Penguins who are our companions here.

I arrived in Antarctica by ship and flew over the continent by air between the Dumont d’Urville, Mario Zucherelli and McMurdo stations. It was an incredible experience observing the continent from the air.

André must see a big white sheet from space – a blank canvas left by whoever or whatever created our planet. This is Antarctica, so different from any other continent.  Deceptively blank, Antarctica has revealed many scientific secrets and captured the imagination of explorers and scientists. It was once covered by forest but now is an ice-cube floating on Earth’s magma.

Adelie penguins on the way to Concordia

Over my morning coffee reading our digital newspaper, I read exciting news. The results of a combined research project by UK, USA and Australian scientists have estimated the number of Emperor penguin colonies.

Satellite images were used to identify individual colonies of Emperor Penguins – looking for dark patches of guano (penguin excrement) against the whiteness of Antarctica.  Using high resolution images, penguins can be counted.  New colonies have been identified – doubling the current estimate of penguin numbers.  This data will be used to highlight the impact of climate change and monitor long-term health of penguin populations.

Space observation and research of Antarctica is incredibly useful for monitoring changes in climate, geography, ice-sheet thickness, weather and now even wildlife.  100 years since Scott travelled to the South Pole, astronauts and satellites are watching over Earth.

Orbiting the sky they watch Antarctica closely for changes – mankind has not just taken a giant leap into air, but attached itself to rocket pack and propelled itself through a further century of exploration… this time space exploration.  100 years ago Scott dreamed of the South Pole: ‘the uttermost end of the world’. I now sit in a comfortable lab dreaming of a manned mission to Mars.

I have spent a great deal of my life ‘on the road’, and visited over 60 countries including many delicate and threatened environments on land and underwater. We need accurate data on wildlife to better understand the impact of mankind on our planet. 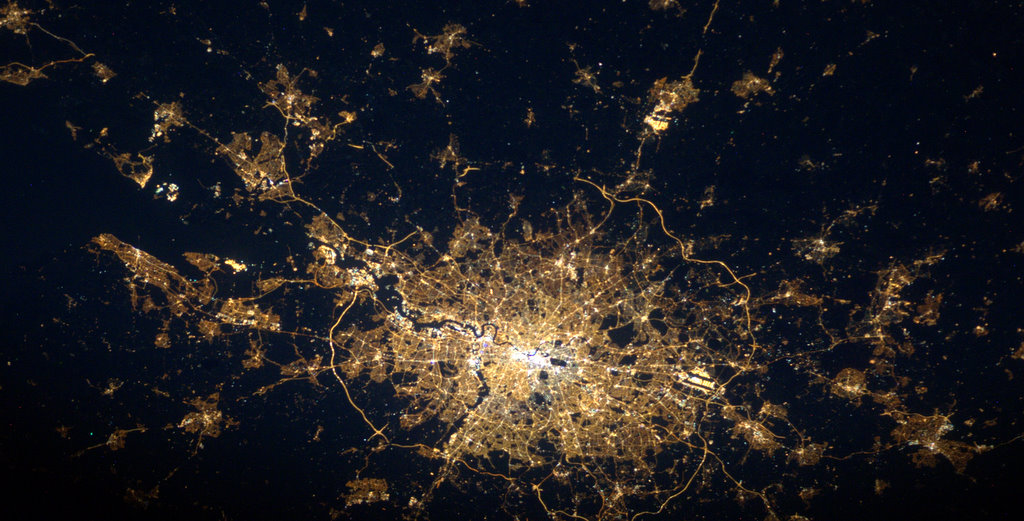 Astronauts must get a different view circling the world from space – watching Earth by night, with London glowing bright as day.  By day I imagine they see the planet fighting back – leaving a path of devastation: floods, typhoons and hurricanes as well as the tragic process of desertification, ruining prospects of agriculture in countries already ravaged by disease and starvation.

Imagine what further secrets Antarctica has to reveal… just let your imagination wander… but remember to dress warm… its cold down here.