Lanzarote planetary analogue: a geological museum and a natural laboratory for Mars

Mars has always captivated us, in particular in regards to the existence of life. Today, Mars is a scientific, technological and cultural reality for humankind in our upcoming expansion into space. Future astronauts will need to be prepared to face this exciting endeavour  – including having knowledge about planetary geology,  rocks, minerals as well as geological outcrops and structures. But, where should we train astronauts to learn geology,  where would the most appropriate site be? 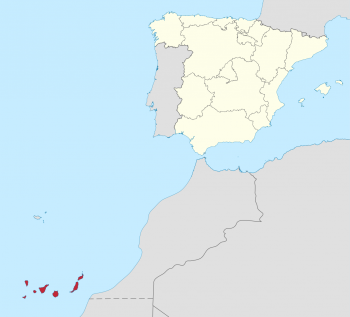 We know of no place on Earth which is truly like Mars or any other planet in our Solar System. We can identify terrestrial analogue sites where environmental conditions resemble, in some ways, those encountered on celestial bodies, either as present-day or earlier in their geological history. These sites are also privileged areas to define scientific models and test new instrumentation, paving the way for understanding planetary processes and conditions for life, including for humans. 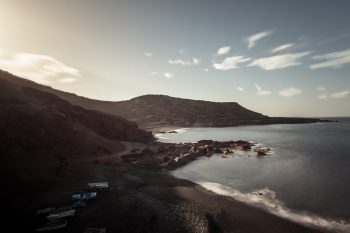 The Canary Archipelago of Spain is one of the most geodiverse and interesting chain of volcanic oceanic islands worldwide. They were formed in a peculiar geodynamic setting and display a long history of eruptions and a large variety of igneous rocks, volcanogenic sediments and geological processes. We know that volcanism and water-related processes were particularly important on Mars during the first stages its evolution. Some martian areas show widespread evidence of hydrovolcanism and hydrothermal activity. The Instituto de Geociencias (IGEO) is collaborating with the Cabildo de Lanzarote in investigating many of these questions, promoting and highlighting the planetary relevance of Lanzarote. Lanzarote is unique and one of the best volcanic areas on our planet to understand the geological interactions between volcanic activity and water (two subjects which are extremely remarkable for Mars and for the search for life).

The scientific value of Lanzarote was recognised by UNESCO in its official approval as a global geopark. Its extraordinary natural preservation and geoconservation can be seen in the Biosphere Reserve, Timanfaya National Park and UNESCO Global Geopark. Lanzarote as a geological museum and an exceptional natural laboratory where ESA astronauts Luca Parmitano and Pedro Duque as well as Eurocom Matthias Maurer, learnt about planetary geology. The most important geological materials and processes and environments covered by their training were: types of volcanic rocks (mainly basalts) and textures, hydrovolcanism and hydrothermal activity, water venting episodes, erosive surficial run-off (ruts and gullies), lava tubes, water-related weathering and lakes. As Pangaea instructor in Lanzarote, I can assure that the training experience was fabulous and in a terrific working environment!