Today’s resupply flight from Thule to Station Nord brought a bizarre contrast between vintage and modern airplanes to our remote Greenlandic station. It brought into sharp view the evolution over the last 60 years. 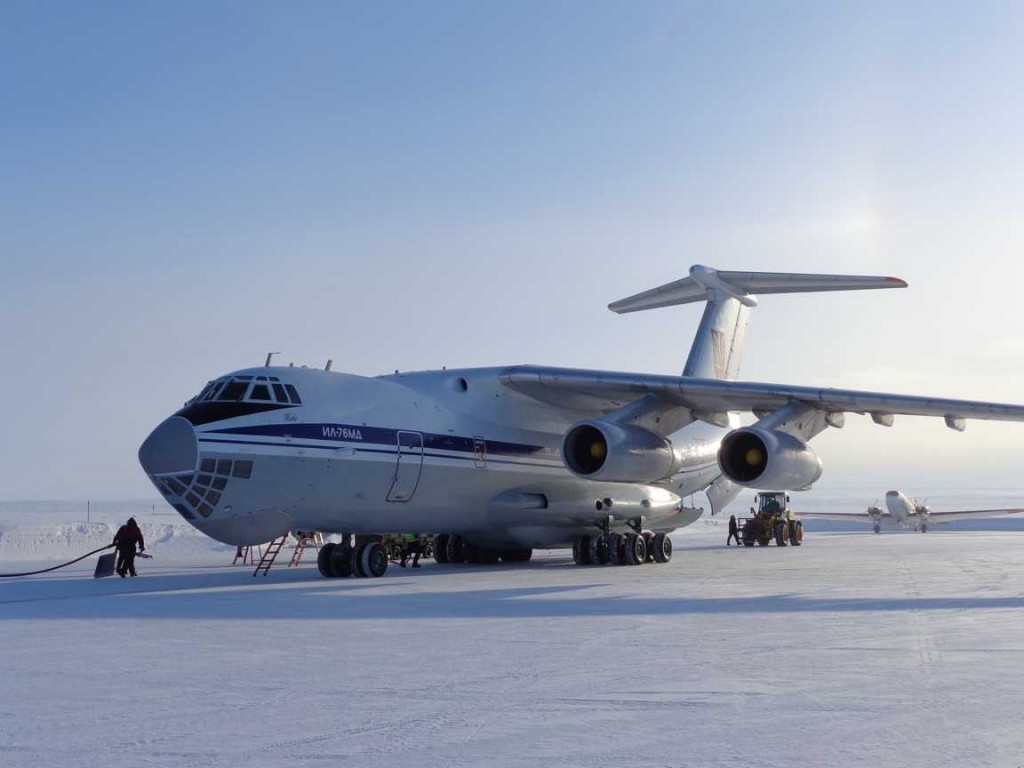 The granddaddy of them all, our World War II 1940’s DC-3 with Basler conversion, was quietly sunbathing on the corner of the icy apron, taking a well-earned rest when the distant whining of the Ukranian Cold War behemoth broke the Arctic silence. The white Ilyushin descended quickly onto the freshly groomed piste with a growing roar of its four jet engines. A screeching of reverse thrust generated a temporary whiteout as the snowy banks of the runway became airborne once more.

The incredible hulk lumbered to a walking pace. It followed a red icy stripe off the runway to approach the DC-3 and briefly cast a huge shadow that eclipsed the war veteran. As it jolted to a halt before our tiny wooden cabin it was clear that its massive 20-wheeled undercarriage alone dwarfed the Twin Otters parked nearby on the airfield. 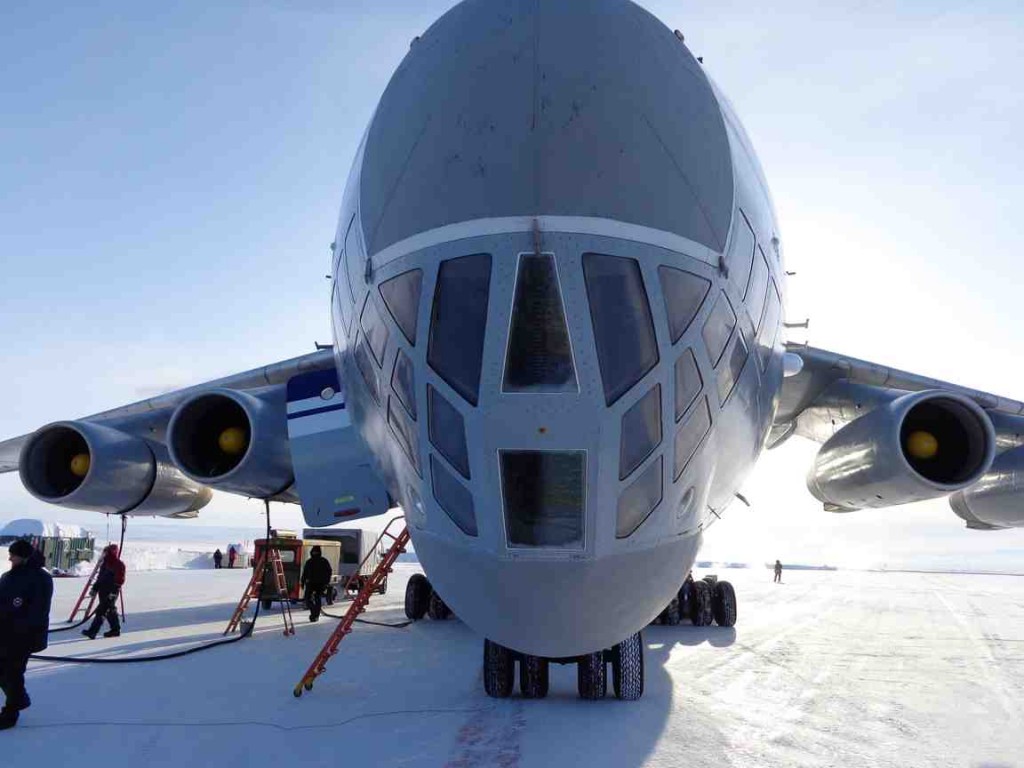 We were keen to meet the Ukrainian crew who were delivering replacement 30 000 litre fuel oil tanks to the station, and made their acquaintance after they descended a long orange ladder from the underbelly of the beast. They were keen to swap stories about recent events in the Crimea, and to tell us that they were making shuttle flights of fuel to Station Nord to replace the old fuel tanks on the station. As we spoke, the Danish forklift drivers did a short ballet whilst transporting all the boxes, equipment and materials from its loading ramp, before the white 10m long × 3m diameter metal fuel tank slowly emerged from the tail door, suspended by the aircraft’s own internal crane and pulley. The tank was whisked away by the efficient Danish team to give us the opportunity of a bit of tourist time with the visitors. 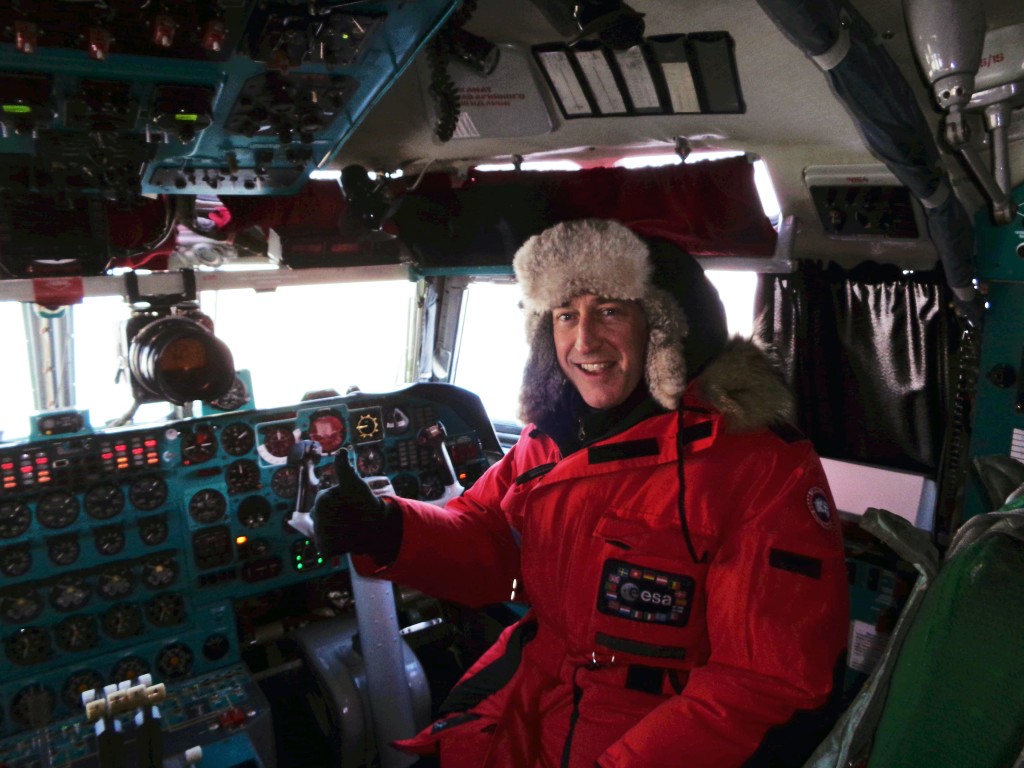 The crew of seven on board the aircraft made our acquaintance, and the captain and co-pilot welcomed us onboard for a tour. The orange ladder enabled us to climb into the freight bay which had been transformed into a cavernous space now that the freight had all been removed. We were led to the right through a door into a narrow passage leading into the observation station in the nose, from which a second ladder with five or six steps provided a challenging ascent into a large room with a sunroof behind the cockpit. The cockpit’s Ukrainian air force peacock green walls were plastered with switches, whilst the throne of a pilot’s seat was surrounded by dashboard full of dials. 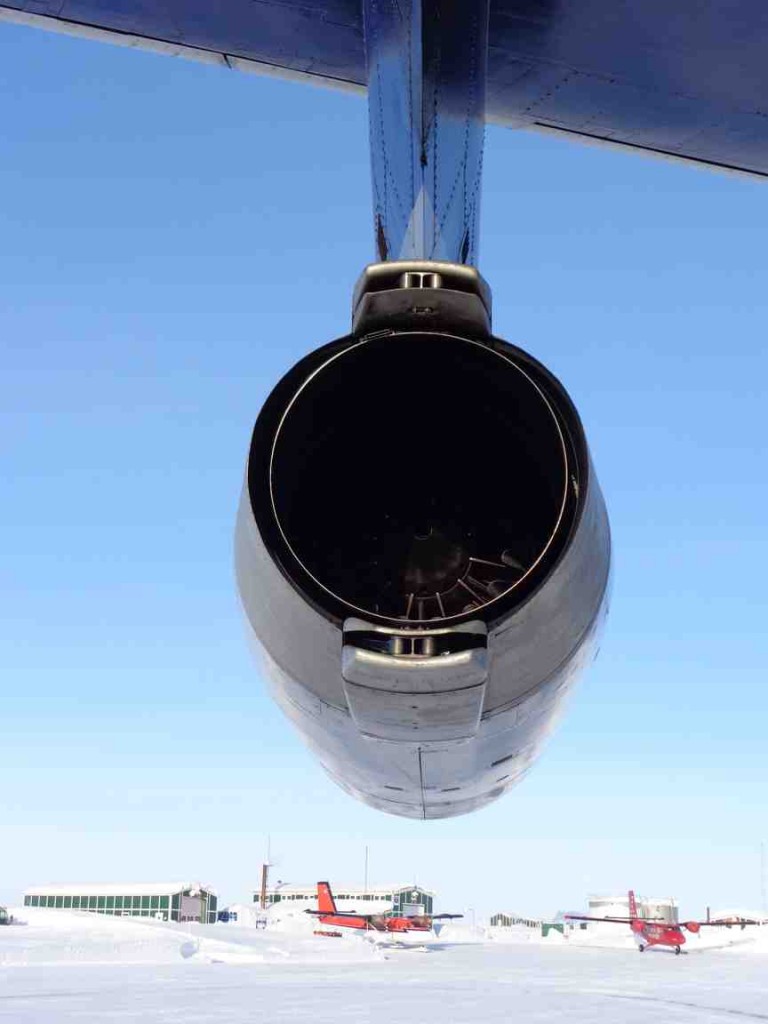 The young co-pilot was clearly excited by the sight of three other non-military aircraft on the airfield, though he spoke only of his dream to see inside a vintage DC-3. After the welcome we had received on board his aircraft it was the least we could do to arrange a similar cockpit tour. The DC-3 pilot met us on board and started the engines so our tourist could get a feeling for the bird. The young Ukrainian in the co-pilot’s seat adjusted the throttle like a wartime pro as we warmed the turbo-propeller engines for our departure back out over the ice. 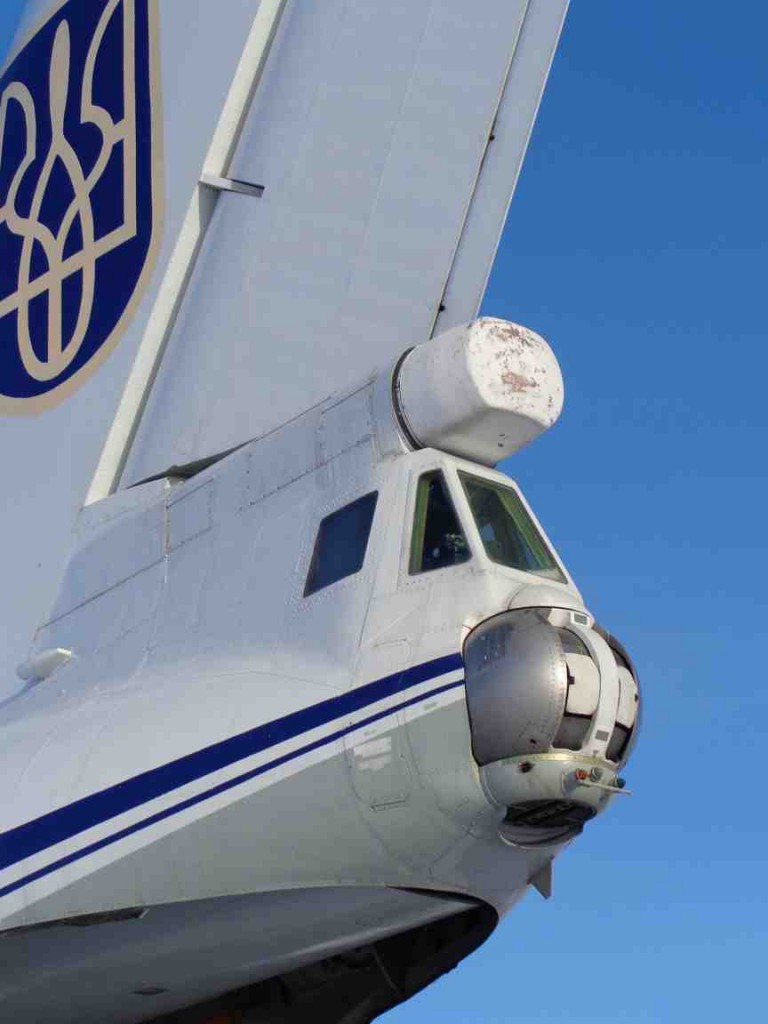 Tail Gunner’s turret as a mark of the last Cold War. (Mark Drinkwater–ESA)

We finally climbed down the stairs at the DC-3’s aft door and said goodbye to our new friend from the old Crimea. The Ukrainian Ilyushin whistled off over the horizon as fast as it had arrived. The young co-pilot had been concerned about what state he would find his region and country in when he finally returned home from duty. 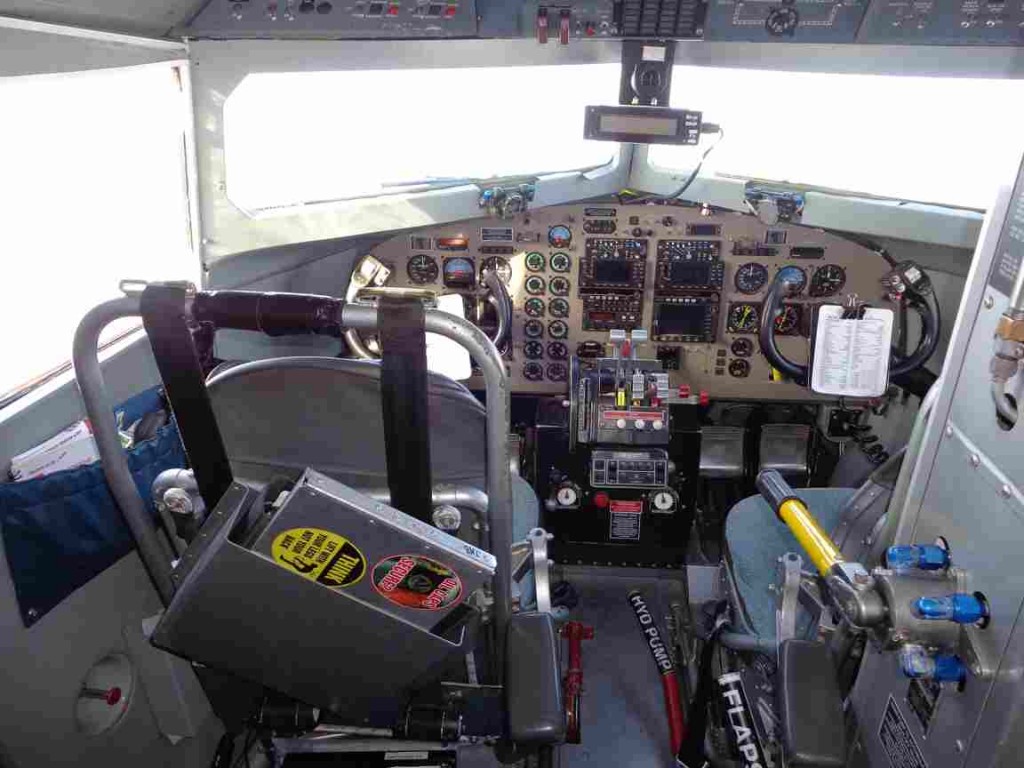 It had been a memorable morning before departing on our last Arctic flight beneath the evening CryoSat overpass.